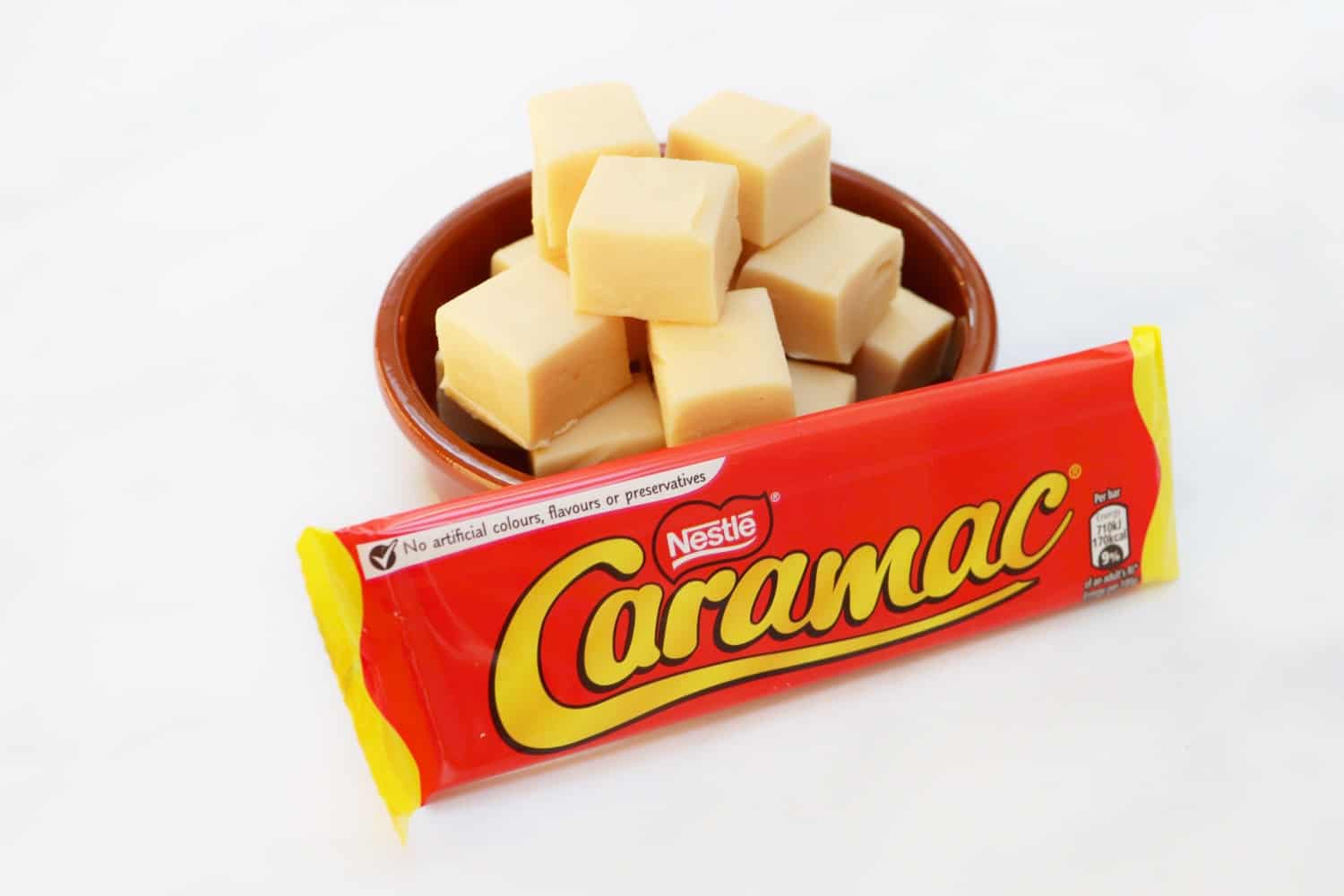 I love making fudge from different types of sweets and confectionary and for this one instead of chocolate bars I decided to use Caramac, a bar that reminds me of my childhood and the inability to eat a whole bar in one go!

The Caramac caramel bars don’t have quite the same consistency as chocolate and so the fudge created is lovely and smooth but softer than other slow cooker fudge recipes we’ve made. If you want a more solid fudge, add more Caramac to the mix.

For this easy fudge recipe we used standard 30g Caramac bars but you could also use Caramac Buttons – if you can find them – and I have seen talk online of Caramac chips which I’ve never seen before and may be an overseas thing but I think they’d work really well for this recipe.

Caramac is quite expensive but I found a deal on the Cherryz app with 3 bars for £1 instead of 60p each in the supermarket. It’s a great app – like a pound shop but with loads of variety and without the need to actually leave the house!

This fudge isn’t at all sickly sweet, it’s a really delicious, rich fudge that the whole family enjoy. If you’re looking for other fudge flavours to try why not give our White Chocolate fudge a go? We also have Carnation Caramel Fudge, Salted Caramel Fudge, Lotus Biscoff Fudge and Peanut Butter Fudge! You can see all our fudge recipes to date here.

If you’d like to pin or print this Slow Cooker Caramac Fudge recipe for making fudge later you can do so below. Happy baking! 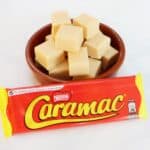