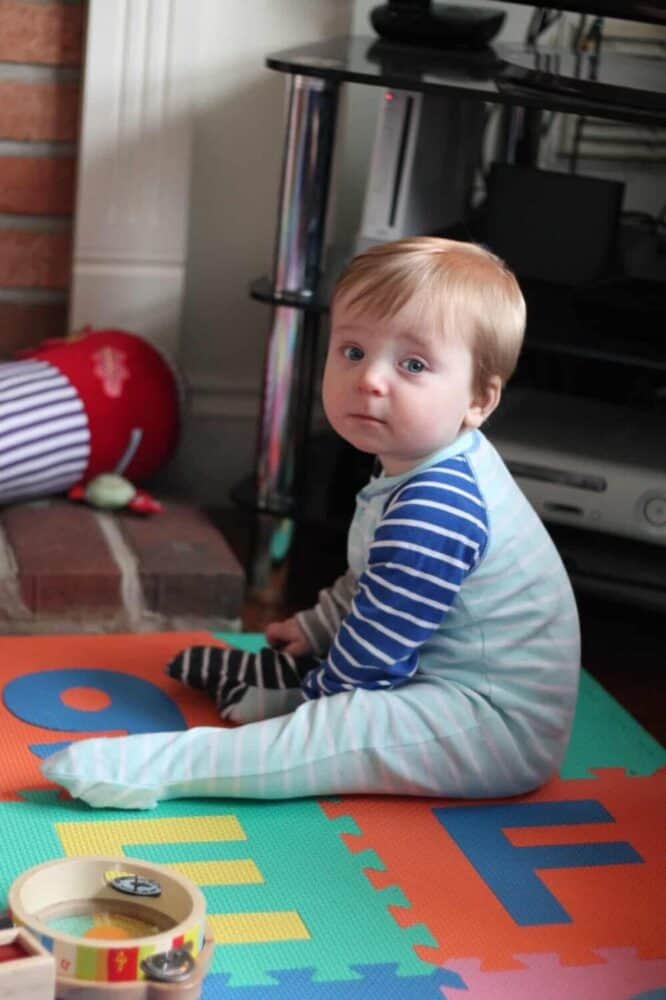 Over the last three months I’ve written about Little Man learning to sit at Christmas, learning to crawl in January and then being happy to stand when we put him up against something – his trick for February. March has brought us something new altogether. Little Man has learnt to pull himself up!

He may only be pulling himself up onto his knees but in doing so he can now reach so much more by himself. He is now one step away from standing whenever he likes by pulling himself to standing and I doubt we’ll have to wait until April for him to learn that!

Little Man’s favourite place to pull himself up is on the TV stand – He’s been exploring the electrical equipment for quite a while now and would zoom towards the TV whenever our backs were turned.

Seeing how quickly Little Man is learning things does make me wonder how it felt so much slower the first time around. With LP everything seemed to take longer. I think when one baby is your sole focus every little detail is saved to your memory and so even the big things seem to take a lot longer but with a second or subsequent baby there is so much more going on in your life that the big things seem to happen out of nowhere – There are probably hundreds of little things that Little Man has learnt that have gone by but I have been too busy to record them, instead taking note of the sitting, crawling, standing, pulling moments.

Little Man is growing so, so quickly. Slow down LM!