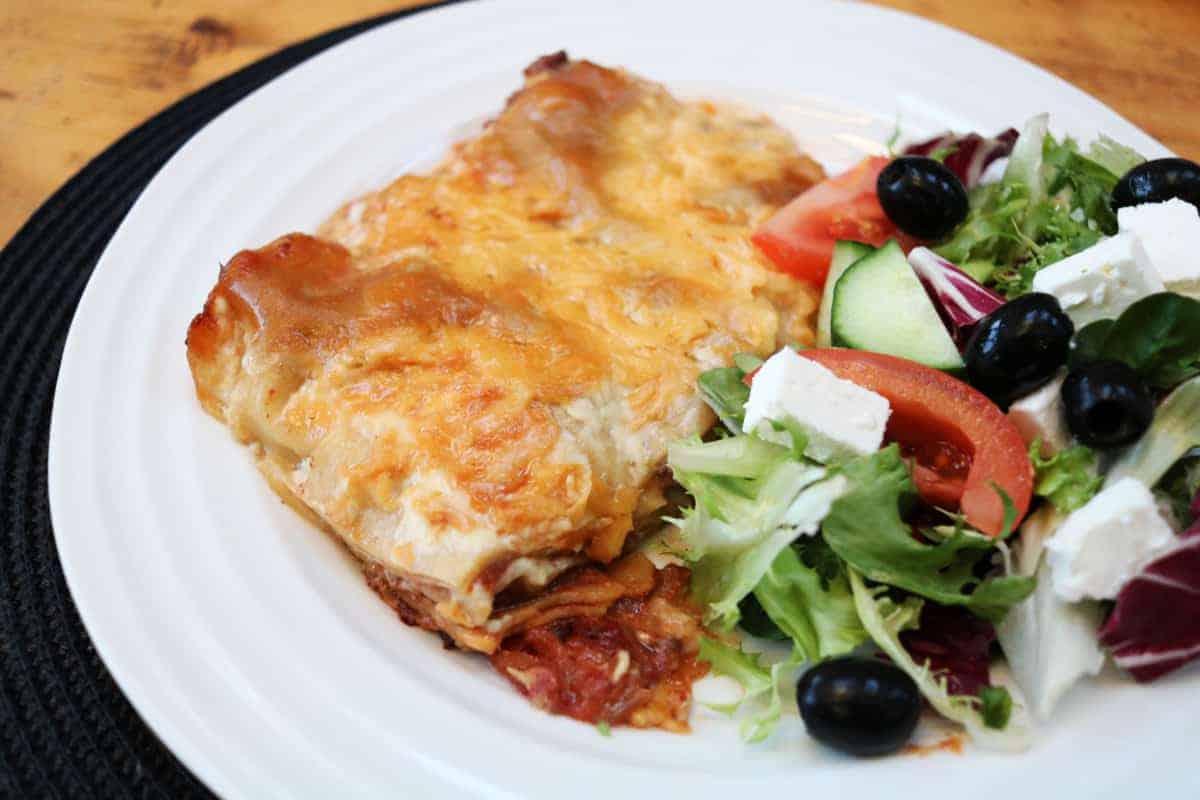 I love lasagne but we don’t have it that often as I find that it takes ages to cook, is quite fiddly and it takes time to prepare before dinner which I often don’t have. So I decided to make lasagne in the slow cooker instead to see if I could save some time but still have one of our favourite meals – and it didn’t turn out too badly! The whole family enjoyed it so I thought I’d add it to my collection of slow cooker recipes.

To make our slow cooker lasagne I use our tried and tested bolognese recipe that I batch cook in advance and freeze into portions to be used for Spaghetti Bolognese or lasagne at a later date. I then defrost a portion overnight before making the lasagne the following day.

If you’d like to make this slow cooker lasagne vegetarian you would just need to make the bolognese tomato sauce without the meat – using vegetables or a meat substitute instead.

The slow cooker lasagne takes four to six hours to cook. At four hours the lasagne will be fully cooked but not very crisp or firm. Leaving it in the crock pot for longer will allow the top to firm up, the edges to get crisp and for it to be a more oven-like lasagne. However, you can always cook for four hours and then put the slow cooker pot under the grill to crisp up the top if you are short on time. If going for this option you could sprinkle some mozzarella cheese on top for an extra level of cheesiness!

If you’d like to print or pin the Slow Cooker Lasagne Recipe for later you can do so below. Enjoy!