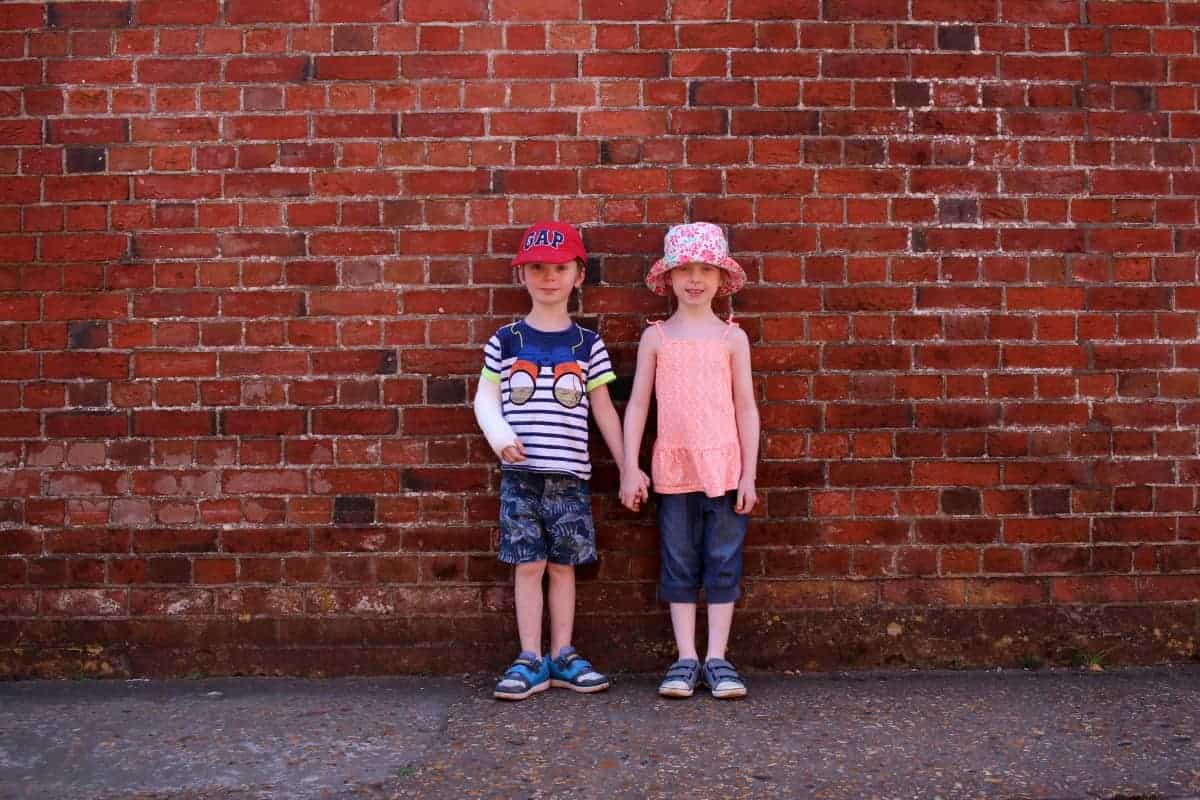 Last week I wrote about Little Man’s new tradition of breaking his arm annually. He had his cast on for eight days and then a sling for his birthday weekend. We were all looking forward to him being sling-free a couple of weeks later and life returning to normal. But it wasn’t to be.

On Monday he went back to school with strict instructions to be careful of his arm, to keep it in the sling and not to climb or do PE. We said we’d see how he went being outside at break times as we knew how careful he’d been with his arm and it was really the other children we were worried about – not being as aware of his arm as he has always been.

But I got a phone call at lunchtime from the school. He had been running and had fallen over onto his bad arm. He’d screamed in pain and was really sad so they thought I should bring him home.

When I went to collect him he looked so upset, his lip wobbled and he told me it hurt. I took him straight to A&E just to make sure he hadn’t agitated his fractured elbow and to make sure he didn’t need that same cast back on for a few more days.

But, after three hours at the hospital, standing in that x-ray room, yet again, I could see the clear break this time. One of the bones in his forearm was very much broken. A different bone to last time, a whole new broken arm, and his second one in just ten days.

I very nearly cried when I saw that x-ray. I didn’t need a doctor to tell me it was broken and I just felt so incredibly sad for Little Man, who has been so brave, so careful and just so good for the last couple of weeks. He soldiered on when he couldn’t trampoline at his own birthday party, he didn’t mind when he couldn’t go on rides at the May Fair and he just got on with it when he had to have a cover over his cast at bath time. He has been so amazing and so to have him back in another cast, with a fully broken bone, and knowing he’ll need that cast for weeks this time absolutely broke me.

But, Little Man has been his happy self throughout. He has been so brave, so big and smiling constantly. He has just got on with it and doesn’t seem to mind losing the use of one of his arms, not being able to do PE at school or use the climbing frame. For him, breaking his arm and having a cast on is as normal as going away for the weekend, going to the park or watching Thomas on the TV. I just really hope this is the last broken bone – and the last visit to A&E – for a good while. I’m not sure I can cope with any more plaster casts, x-rays or triage sessions!