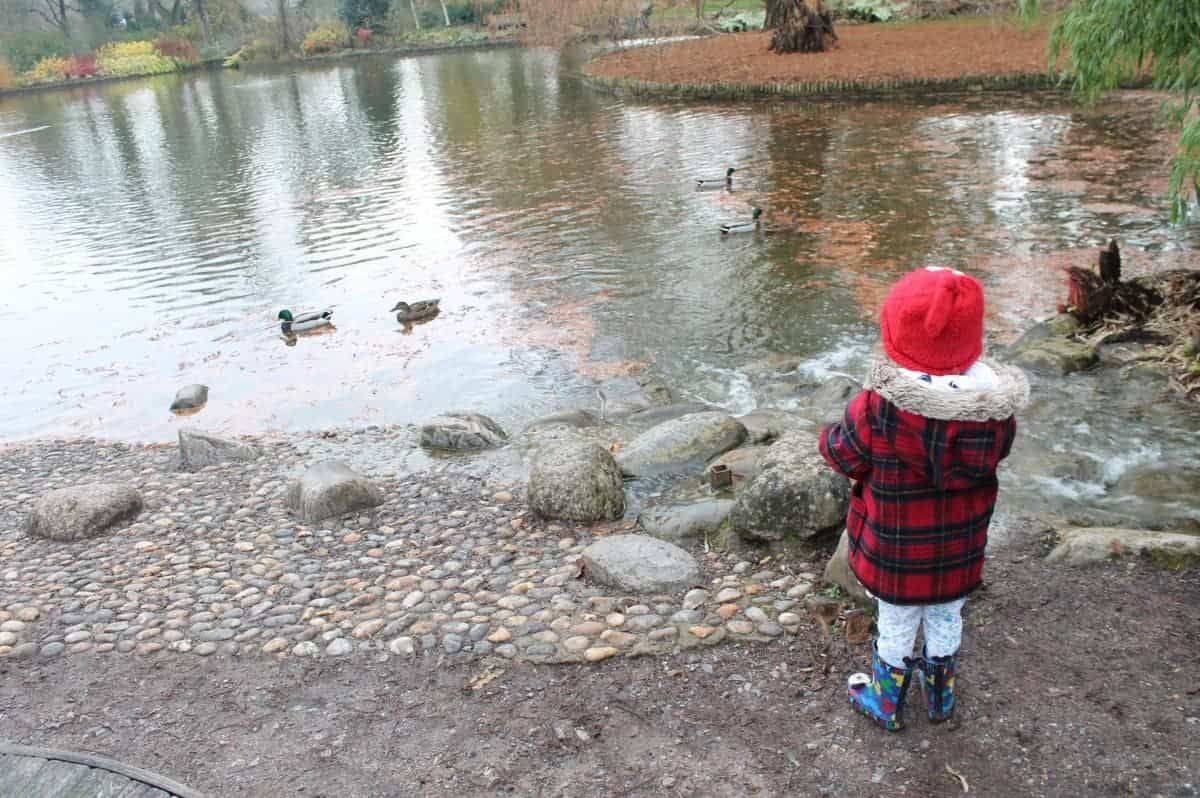 One thing we have never done enough of with LP, or Little Man, is feed the ducks. It’s one lovely thing that I remember fondly from childhood but something that LP has never spent much time doing.

We recently went out for the day and when we were walking to lunch LP saw some ducks and said she’d like to feed them. We hurried her to lunch but promised to go and see the ducks afterwards. LP ate most of her lunch but kept a sandwich aside, saving it to feed those ducks!

After lunch LP refused to let go of her sandwich, walking and holding it with both hands until we found some ducks again. She then started to break it up and feed it to the ducks but one of the ducks, a boy one, was in a bit of a rush and instead of waiting patiently it tried to get the bread out of LP’s hand and nipped her finger!

Well that was the end of LP’s duck feeding and she shoved the bread at me whilst screaming about her finger. In the end her finger was fine but I doubt she’ll be very quick to feed ducks in future!