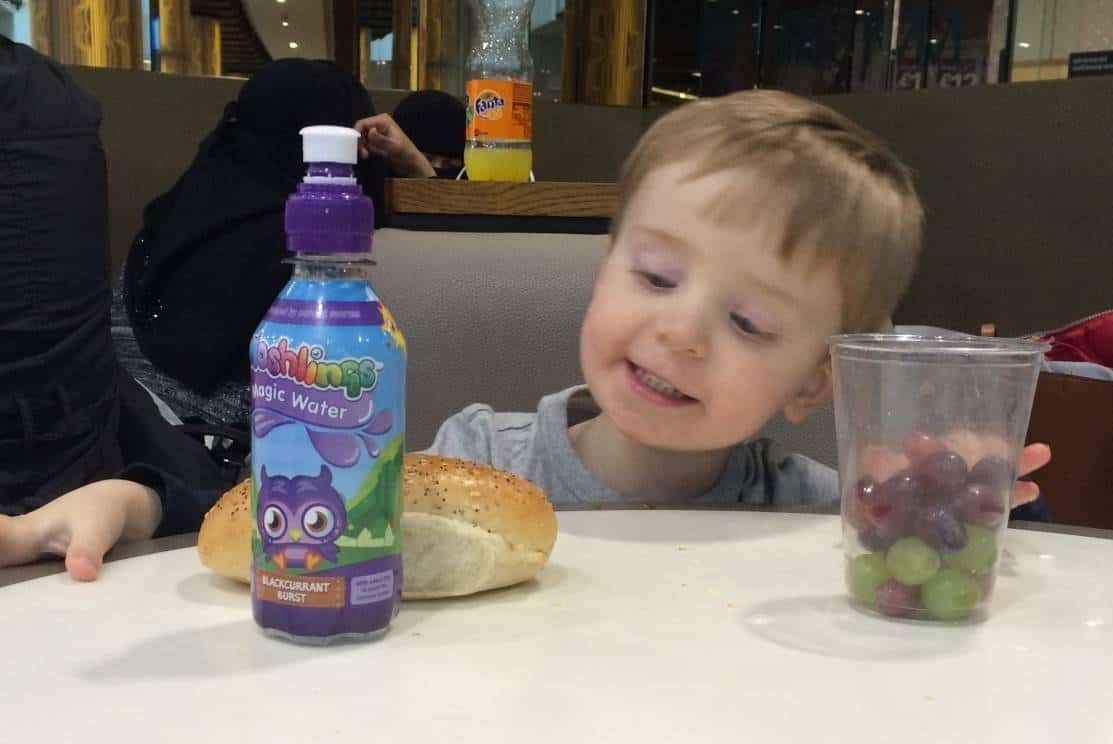 But yesterday I took the children to Westfield, Stratford. I had some jobs to do and thought we could have a play, buy a treat or two and have a nice lunch. Sadly they were both a bit under the weather and so it wasn’t the lovely trip I had hoped for but all the same I gave LP the choice of lunch. I said we could have anything – lunch in a nice restaurant, a McDonalds, whatever. So what did LP choose? Ham sandwiches.

I went straight to Greggs – as I love their sandwiches and it wasn’t too far from where we were at that point. I picked LP up a ‘Simply Ham’ sandwich and she approved. But sadly they didn’t have a ‘Simply Cheese’ version. Instead they had cheese and onion that looked similar to egg mayo in consistency and when I showed it to Little Man he just started howling like the world was over.

I looked for other options – Cheese Salad in a seeded bap, a Cheese and Ham baguette… I offered him the baguette and said I’d eat the ham but he cried that it was too big. So I offered him the cheese salad and said I’d take the salad out and he hugged it to him like I might change my mind and take it back at any moment.

He carried on crying until we had paid and found somewhere to sit to eat our lunch. He then watched with big eyes whilst I deconstructed his roll, took out most of the filling and left just the two slices of cheese in the middle.

At that point Little Man was happy again and all was right with the world. One little boy and his love of cheese sandwiches – sometimes nothing else will do.