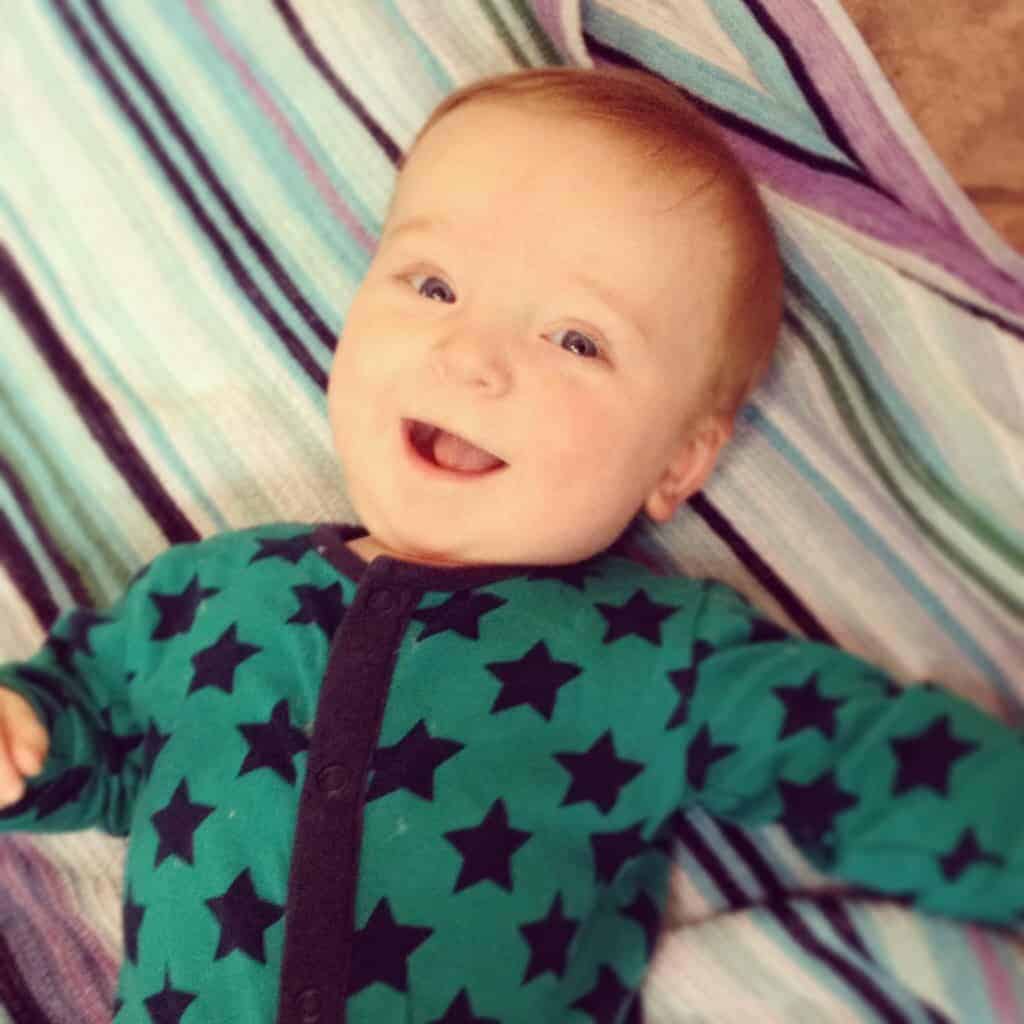 I wrote about Little Man’s teething hell previously. About how I’d forgotten how bad it was and how our happy smiley Little Man had turned into a child I no longer recognised. I wrote that post on 23rd October and it is now a month later. We have spent the last week on holiday and unfortunately teething hell has made another appearance. This has made me realise that this teething, grumpy, restless, snotty baby is now the norm for us. LM is now working on his third tooth and over the last month I can’t remember Little Man being symptom free from teething for more than a couple of days at a time.

I still don’t remember teething being this bad or this constant. LP didn’t sleep until at least 9pm at night until she was about 10 months old and so a restless baby in the evenings is something I was used to with LP. However, LM has always slept from 5:30-6pm every evening and now that he is fighting sleep, waking every 15 minutes and taking a long time to settle when he wakes it is incredibly difficult.

I know from LP that teething goes on for literally years. LP is nearly 2 and a half and still has back molars trying to come through and it seems like we are forever wiping her nose and asking her if she needs medicine because she’s out of sorts and her cheeks are bright red.

Teething is something we are now far too used to. It has become an almost daily visitor but not one we look forward to seeing. It’s like having a lodger that uses the last of the hot water, doesn’t make their bed or open the curtains, uses the last of the milk and puts empty juice cartons back in the fridge. Teething is something that we wish would just go away. It’s annoying for us but distressing for the baby and this makes it awful for us to watch. We do all we can to help – chewy things for teething, nurofen, calpol, teething gel/granules and anything to give comfort but it never seems enough and a day of teething rolls into a week of teething which, for us, is now a month of teething and nearly 2 teeth to show for it.

It’s even sadder that our lovely smiley baby makes appearances during the day to be transformed into a miserable, overtired but refusing to settle, crying, snotty mess throughout the evening and night. During teething periods nights are definitely the worst.

Another ordinary moment. Is teething ordinary for you at the moment?