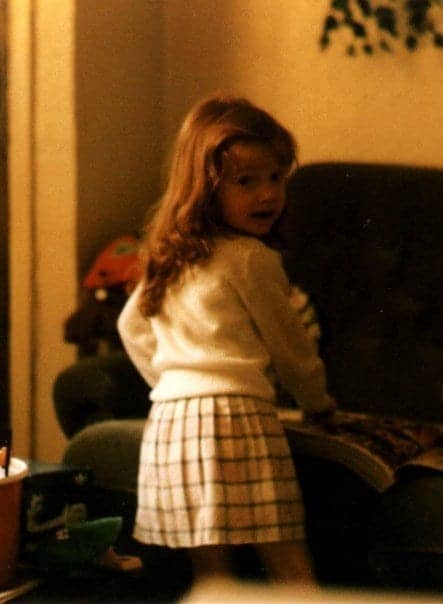 I read a post of Charlotte’s a while ago and it really hit home with me. Looking back at my family life, especially as a child, it wasn’t always the most conventional. You see, my biological Dad left when I was a baby and from 18 months old I had a new Dad in my life – my step Dad. But to be honest, my step Dad was my Dad. I didn’t know he wasn’t biologically my Dad until my last years of primary school and I didn’t actually see my biological Dad again until I was 17. So I grew up in what I thought was a typical family.

I had two brothers living at home with me when I was younger although one wasn’t around for big chunks of time – he was a bit of a troubled child and that story is best left there. Both brothers had different Dads to me so I guess they were, are, my half brothers. But when it comes down to it there isn’t anything half about siblings – they’re as much my brothers as if we’d shared a Dad, the only difference being that one of my brothers spent Sundays at a different house, with another family.

So growing up I had a Mum, a Dad and one consistent brother. It was traditional, normal and not at all unconventional. It was only in my teenage years that I learnt about all the steps and halves and broken marriages and it didn’t really effect me at all – it was what it was and it didn’t change that I had a Mum, Dad and brothers who loved me and who I loved back. It was unconditional.

My parents split up when I was sixteen, just before my GCSEs and I got kicked out of home just after my 17th Birthday. After that I got in contact with my biological Dad but things have never been the best between us – we see each other every few months and speak on the phone every few weeks in between and that’s it really. I already have a Dad – albeit one who doesn’t share the same DNA as me.

My Dad – the one the brought me up – found someone new to be with shortly after him and my Mum split up and sadly, 10 years down the line, their relationship broke down but before that it produced three gorgeous kids – two boys and a girl who are my brothers and sister. I know, there’s no shared DNA there either. But that doesn’t stop me loving them as much as my older brothers. I saw them in hospital after their births, I held them as babies and I have watched them grow into amazing kids who sadly have their fair share of family issues to deal with.

Now, my extended family life is pretty messed up. I now have my own beautiful family and in-laws who couldn’t be better – they mean everything to me. But then I have my Dad, three little brothers and sister that I don’t see often at all, my biological Dad and my big brother who I don’t see often but we always carry on smoothly from where we left off. There isn’t much blood shared in any of my family but does it really matter?

I guess what I’m trying to say is that family comes in all different shapes and sizes. There isn’t a one size fits all when it comes to families and families are never easy. But, family is whatever works for you. I know in years to come my children will ask me questions – Where’s your Mummy, Mummy? Why do you have two Daddies? Why do Uncle J, Auntie H and Uncle E have a different Mummy? I can hear all this in the future and do you know what my answer will be? Because that’s the way things worked out. Sometimes relationships don’t last forever, sometimes you choose people to be in your life that otherwise wouldn’t be and sometimes you meet someone and they have kids, or you have more kids with them and it just works. And sometimes, sometimes you just have to walk away from people in your life. Some relationships just aren’t meant to be and sometimes you have to break away to get to a better, happier place in your life.

I grew up in what would now be called a blended family. My Mum has been married three times and had three kids with three different men, one of which she wasn’t married to – my biological Dad. Did any of that damage me, make me into a lesser person or cause me issues in later life? No. It didn’t. At times things were more complicated than if I’d grown up in a traditional nuclear family but it wasn’t bad. I had parents and siblings that loved me and a childhood that memories are made from.

Some people would say that my family was broken. Probably a repeatedly broken family but growing up I didn’t see that. I just saw the adventures we went on, the games we played, the experiences we had and the love that we shared.

As the saying goes, all you need is love and I had plenty of that.