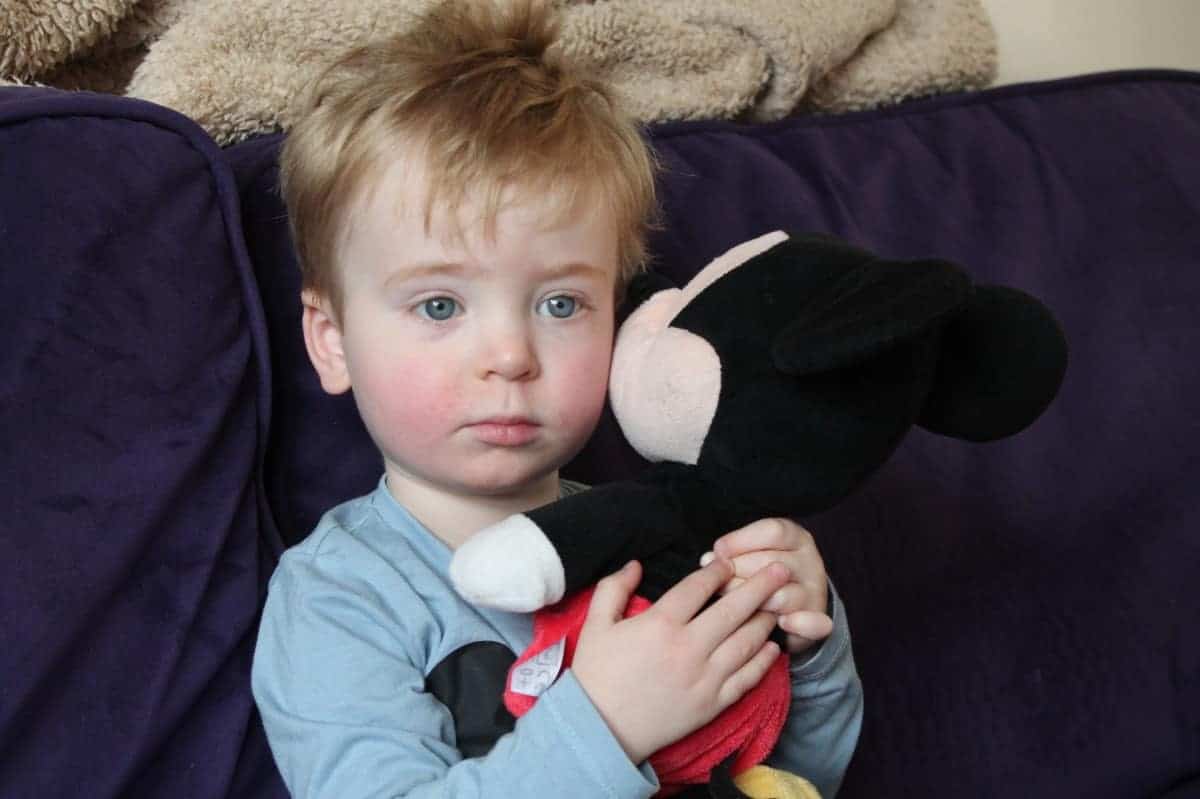 Little Man still has a nap every day and as his sister had stopped napping by this point I am willing his naps to last as long as possible. Every day it’s obvious when he starts to need his nap and we try to hold out until at least half twelve before putting him in his cot.

He wears a sleeping bag for his naps and always sleeps with his beloved Mickey Mouse. After months, if not years, of awful sleep from the babies and them both needing to be rocked to sleep regularly it now still feels like such a luxury that Little Man will fall asleep by himself. It’s taken us quite a long time to get to this point but every day I am thankful that it has become so much easier – that is something that I will never take for granted.

Little Man will sleep for anything from an hour to three hours and LP and I take that time to play, draw, paint, read or watch a movie together. LP is usually quite tired from preschool or swimming so it’s nice to have a couple of hours of chilled out quiet time together.

When Little Man wakes from his nap I take off his sleeping bag and bring him downstairs, with his Mickey. He’ll sit on the sofa and watch whatever LP’s been watching on the TV whilst I get some snacks and milk and then we’ll all sit and relax for a while.

This is one of my favourite times of the day. My cuddly, messy haired Little Man, LP and I. Just relaxing and enjoying the togetherness that after naptime brings.