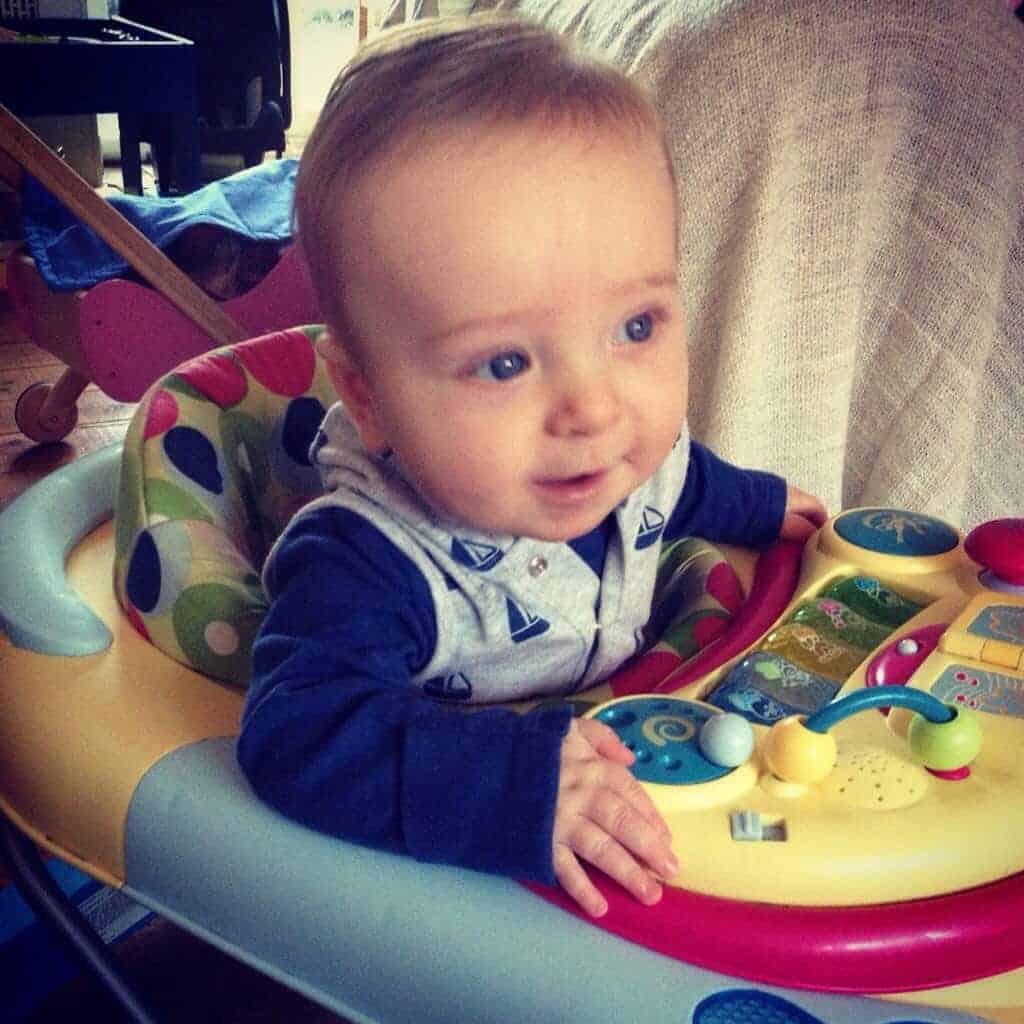 Our Little Man has been getting more and more frustrated over the last few weeks at not being able to do very much – he tries to roll but doesn’t get very far and the most mobile he has been is pivoting around in a circle on his playmat!

We’ve tried to get LM used to using his Bumbo and his door bouncer and both keep him happy for a few minutes at a time but we hadn’t put him in his walker for a few weeks – it takes up a fair bit of room and was in the way of LP running around. But while LP was upstairs having quiet time one day we decided to get Little Man’s walker out and see if he liked it. Last time we tried him in it he slouched forward and wasn’t very comfortable in it at all. A few weeks later and it’s a completely different story.

Little Man now stands bolt upright in the walker with the biggest grin on his face you have ever seen. He then slowly but surely moves himself across the room towards Dave and I or LP. He’s definitely more tortoise than the hare at the moment but seeing the joy on his face as he moves himself forward is an amazing thing – he absolutely loves not being confined to one place.

LP loves her Brother being in the walker too – she’ll happily push him around in it or watch him ‘walking’ for a while before going up to him, giving him a cuddle and patting him on the head.

Little Mr’s world has just got that much bigger and that much more reachable. It won’t be long before he’s rolling around and crawling – for now he’s just ‘walking’!