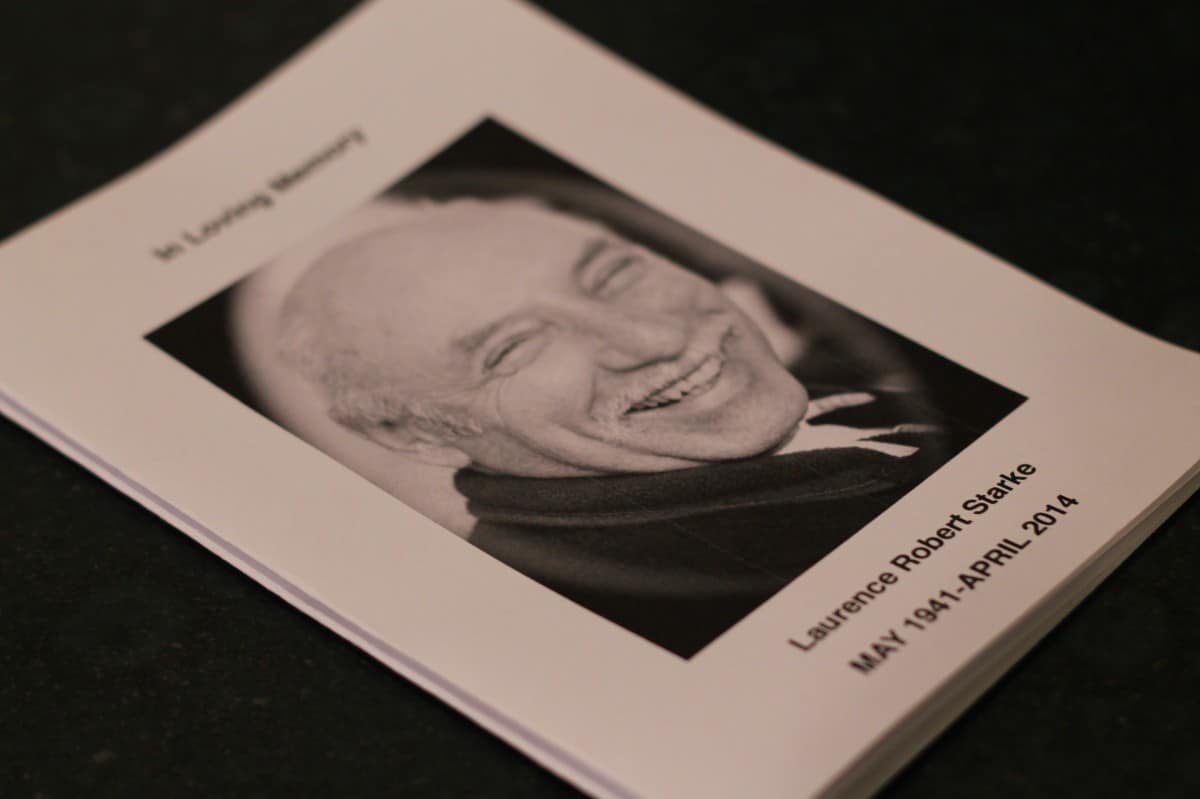 Last week was hard on a lot of levels, one of those was that it was also my Grandad’s funeral. He died earlier in April after a long battle with cancer and there was no way I would have missed the funeral.

I’ve only been to two funerals but I know that even if I had been to hundreds they would not get any easier. 18 months ago I had to say goodbye to my biological Dad’s wife, my step Mother I guess, who also died from cancer but her battle was incredibly short. She went into hospital to get treatment and didn’t come back out – I didn’t realise how ill she must have been, I don’t think anyone knew, and I will always wish I had got to see her one last time.  Her funeral was perfect, with so many people. I realised at the funeral how little I actually knew of her, I learnt so much of her life, of her struggles and how many people loved her. The funeral made me wish I had known her better but as that’s not possible now I vowed to get to know my biological Dad better, to see him more regularly and make that a legacy to his wife. She adored LP and we found out about my pregnancy with Little Man just days before her funeral. She would have adored him too.

My Grandad’s funeral was different, I knew him well. He was a fixture in my early years – He taught my older brother to swim, came on camping holidays with us and gave us bags of pennies every time he saw us. He wasn’t around for my teenage years – You know how families are – but he had been in my life again for at least the last ten years. He had been at our wedding, been to family meals and loved the children. Whenever we sent him a Christmas card he’d ring to say thank you – He was always so appreciative to be thought of when really it was no trouble at all.

His funeral was perfect for him. My Dad, Uncle and Brother were pallbearers and I was at my Aunt’s side walking into the crematorium. She’s my age, 29, and I cannot imagine losing my Dad at the age I am now – My heart broke a little bit for her that day. My Grandad’s eulogy was lovely and even though I knew my Grandad fairly well, I still learnt so much. My Dad, Uncle and Aunt all stood together and each spoke a little. They are all so strong and they all got through it. I don’t know if I could do the same. Their words pulled at my heart and I cried for them – Losing a grandparent is nothing like losing a parent. Their grief was, is, huge.

Frank Sinatra, My Way was played – He definitely lived his life his way and he died having done everything he had ever wanted to do. He told my Dad that there was nothing he wished he had done – How many people can say that when they die? As the curtains closed and the service drew to an end, the theme of Only Fools and Horses started playing. My Grandad, the wheeler dealer, an original ‘Del Boy’. The song was so appropriate, we smiled, we laughed, we cried.

Thanks for the memories Grandad. You’ll always be missed.