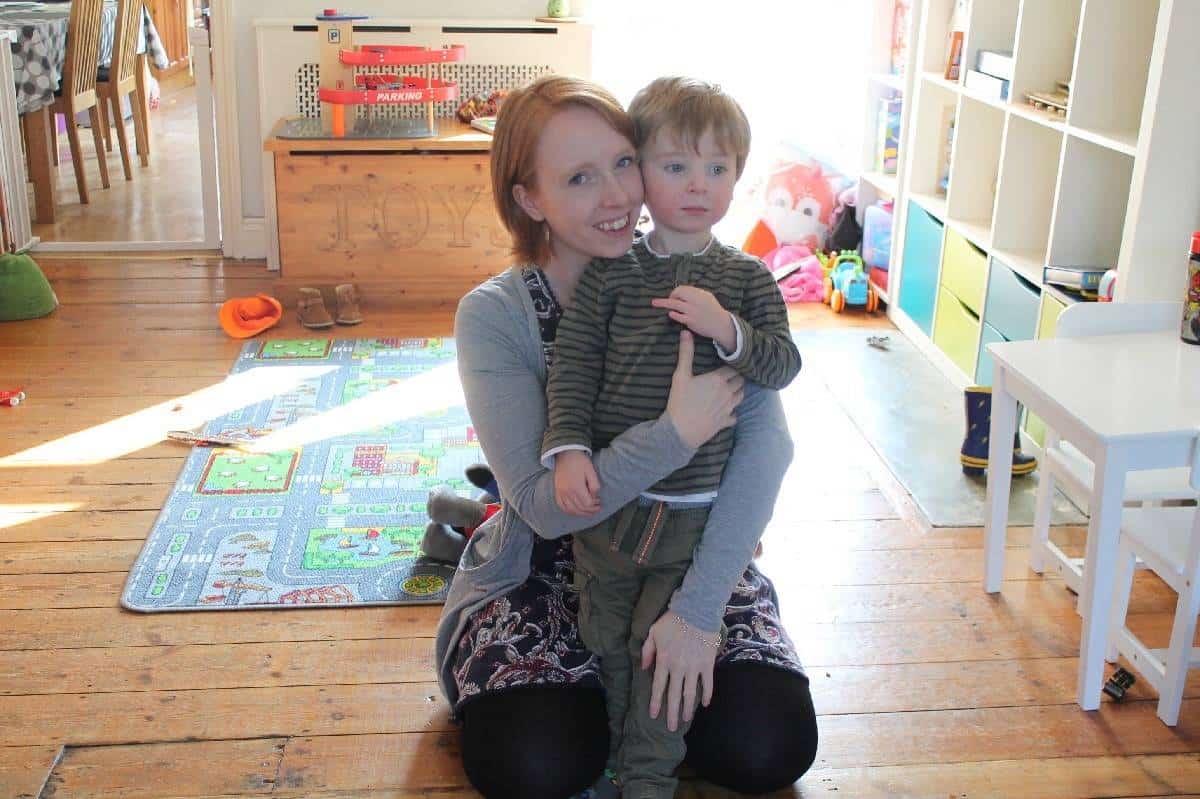 Little Man is the most cuddly and affectionate little boy. He just loves to have a cuddle, snuggle on the sofa or sit on your lap at every opportunity. On the other hand he is also fiercely independent, wanting to do things himself and prove that he really is a big boy now.

I have no idea when it started though but Little Man has this thing. A special little thing of his. When he asks for a cuddle, or we ask him for a cuddle, he’ll come over, turn around and have a cuddle from behind, our arms wrapped around his front. I have no idea when he started this – it may have stemmed from his baby days when I used to hold him that way round in front of me when he was grouchy, so he had the comfort of me but could see the world too. It could have been all the times he lay that way round on my lap watching TV during the first stages of toddlerhood. Or it could just be that now he doesn’t want to miss the world whilst giving cuddles.

Whatever it is, it’s his thing. When we ask him for a cuddle now he’s exclaim ‘Backwards Cuddle!’ and turn around with a cheeky grin on his face. We don’t often get normal cuddles, but when we do they really are the best thing – a sleepy Little Man in the morning with his arms around our neck and his head buried in our shoulder. During the day we make do with backwards cuddles and Little Man standing in front of us, or often sitting on our lap, having a cuddle whilst he reads a book, watched TV or does any of the other hundred and one things he loves to do.

I don’t know where backwards cuddles came from but I love them all the same. Cuddles with your children are some of the simplest things in life – and some of the best.