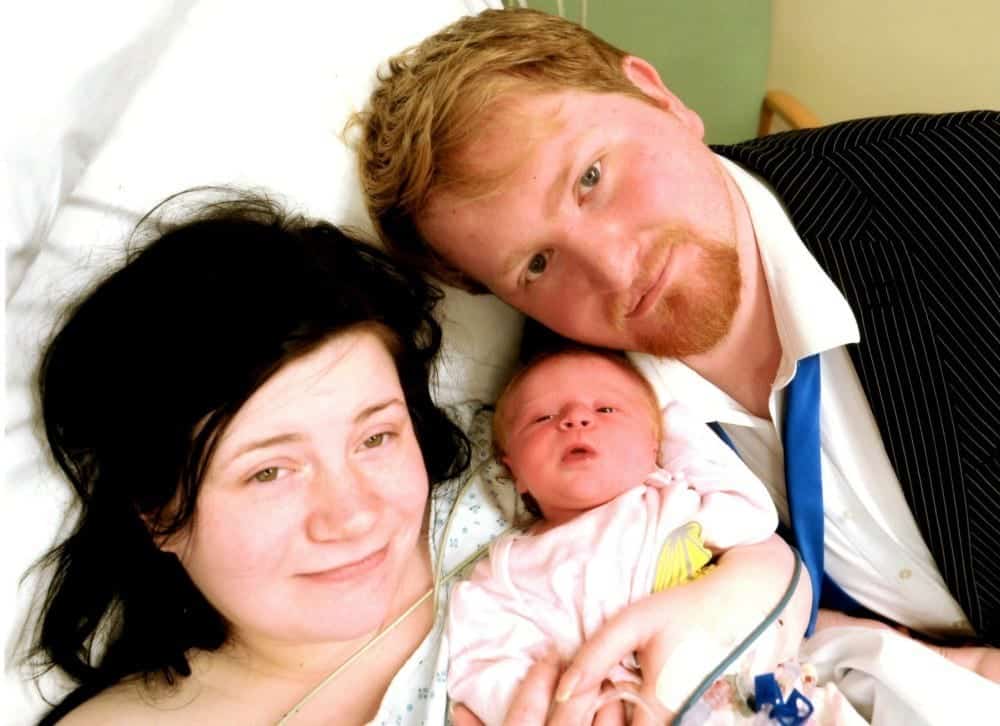 This week’s Beginning of Us story comes from Jess over at Babi a Fi. She blogs about life with her beautiful daughter Marianna and her other half Anthony. Here is how they met…

Ours was a story of opposites attract.

When we met I was in the middle of campaigning as a Labour candidate in the 2012 local government elections. Anthony was campaigning too – as a Conservative candidate!

Not that I knew it the first time I laid eyes on him. I had just started a part-time postgraduate history course, while Anthony had gone back to university to study undergraduate history. We both ended up on the same field trip to St Fagans, the Museum of Welsh Life, and I texted my friends to lament the fact that somebody had turned up to this muddy romp in a pinstripe suit.

That somebody, of course, was Anthony.

We met again later through a mutual friend and got chatting. That was when the ugly truth spilled out. I remember thinking that only a Tory would wear a pinstripe suit on a field trip! Still, it was novel enough to find somebody my own age interested in politics, let alone interested enough to be roped into standing as a candidate, and I agreed to go for something to eat with him.

Anthony insisted on paying (though he couldn’t afford it), and I insisted on letting him choose the venue (though I didn’t like anything on the menu), and we arranged to meet up again soon.

My love life at the time was kind of complicated but we went for drinks, and to the cinema, and even to a talk by Tony Benn, at which point it was all but inevitable we would end up an item. We just ‘got’ each other, with me feeling moved enough to not be my usual totally undemonstrative self, and Anthony toning things down enough not to frighten me off with romanticism.

We had the same sense of humour, read the same books and loved the same TV shows. (Well, mostly. I feel my watching the entire extant run of Dr Who was a noble sacrifice.) I didn’t even gloat too much when I won and Anthony lost out in the election. It had to be love.

Sure enough, it wasn’t long before we were engaged and, then, those university courses kind of fell by the wayside when I found out I was expecting. Marianna arrived on New Year’s Day 2015 and turned us from a couple into a family.

We are now planning to get married in about two years time, giving us time to save, and Marianna time to learn bridesmaid etiquette. Then we’ll be at the beginning of a whole new chapter!

Thanks Jess for sharing your story. It shows that nothing can get in the way of true love – not even politics! I laughed out loud at the pinstripe suit on a muddy field trip! Make sure you follow Jess over on Twitter and check out her blog too.