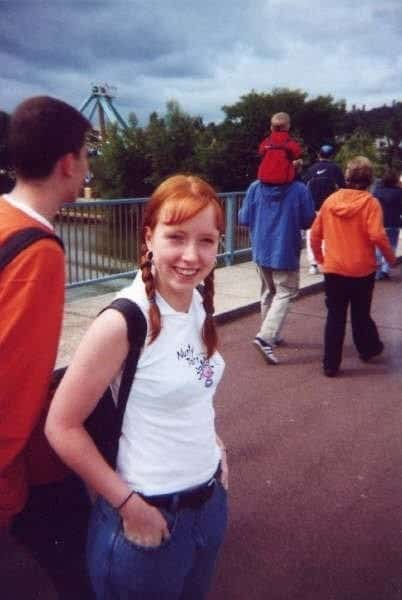 14 years ago today I officially moved out of home. Well, I actually got kicked out of home two weeks before Christmas but spent the next 6 weeks sleeping on friends’ sofas, on floors when there wasn’t a sofa and spending Christmas in Ireland – my first time on a plane and the most miserable Christmas I have ever had.

I ended up living in that house for nearly six years. Switching rooms half way through but still staying in that same house. It was a time that helped me a lot – gave me somewhere to live, somewhere to call home and somewhere to be happy. It was where I was living when I met Dave and when I got the job with the company I still work for now and where I learnt to drive. It was a home where I could finally be independent.

On 21st January 2002 I knew that there was no going back. I knew, at the age of 17 and a few months, that I would from then on be standing on my own two feet. I wouldn’t be going back home and I would, from then on, have bills to pay, work to go to and a whole adult life ahead of me.

From that day I was an adult, in an adult world. All my friends were at college and planning university and when, years later, I had a mortgage and a wedding to plan all those friends were still in education, still having fun and going out every night. That is how I had seen my life panning out – making friends, finishing college and enjoying my teenage years a bit more.

As it stands I didn’t really have those teenage years. I was thrown into a world I wasn’t ready for, working full time and paying rent. Trying to learn to drive at the same time and trying to squeeze a social life in somewhere too. It wasn’t all bad though. Looking back I think I did quite well for myself back then. I learnt a lot – quickly. I shrunk so many clothes learning to use the washing machine and I spent a long time living off Super Noodles and not much else. But I survived and I built myself a good attitude to work. When I had nothing else, I had work to go to and from there the rest of my life came.

I think, 14 years on, that despite the ups and downs I did succeed. I no longer shrink clothes in the wash and I can cook better than my 17 year old self would ever have imagined. I have lived away from home for nearly half my life and I have come so far. I think now, at this point in my life, I can say that I am proud of myself. I got through.