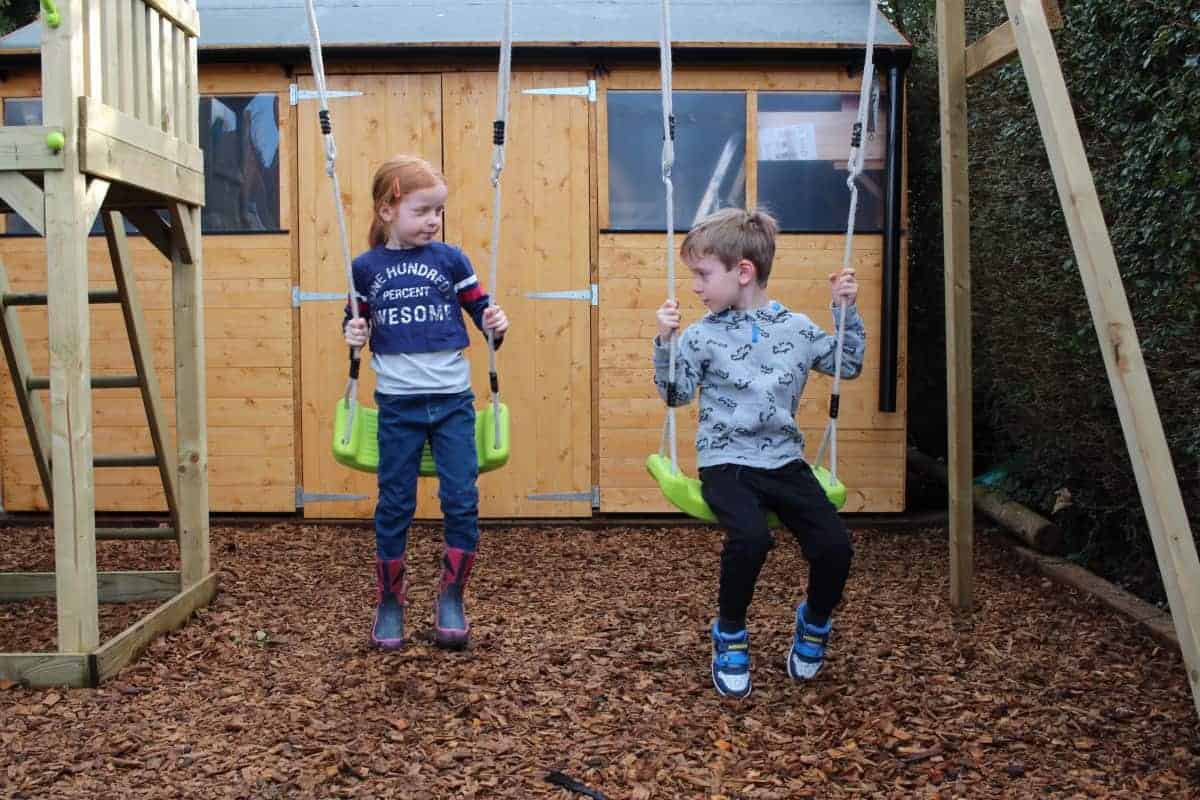 We have such a nice routine now that the weather is warmer. As soon as the children get home from school they get changed, grab a snack and head out into the garden – which is pretty much where they stay until dinner.

The love to be outside, playing in the garden and just having simple fun. They have a climbing frame that is often a ship, a castle or the biggest hill. It’s whatever their imaginations make it but it’s also somewhere to climb, swing and slide.

But they also love to run up and down the grass, playing games and trying to catch each other, blowing bubbles or kicking a ball around. Often they’ll just throw things back and forth until they get bored, moving on to the next game.

I’m now hoping this weather stays awhile, that it doesn’t get colder and wetter again and that we actually have a proper summer now that we pretty much skipped spring. The children are loving being outside and parenting is just so much easier when the sun is shining.