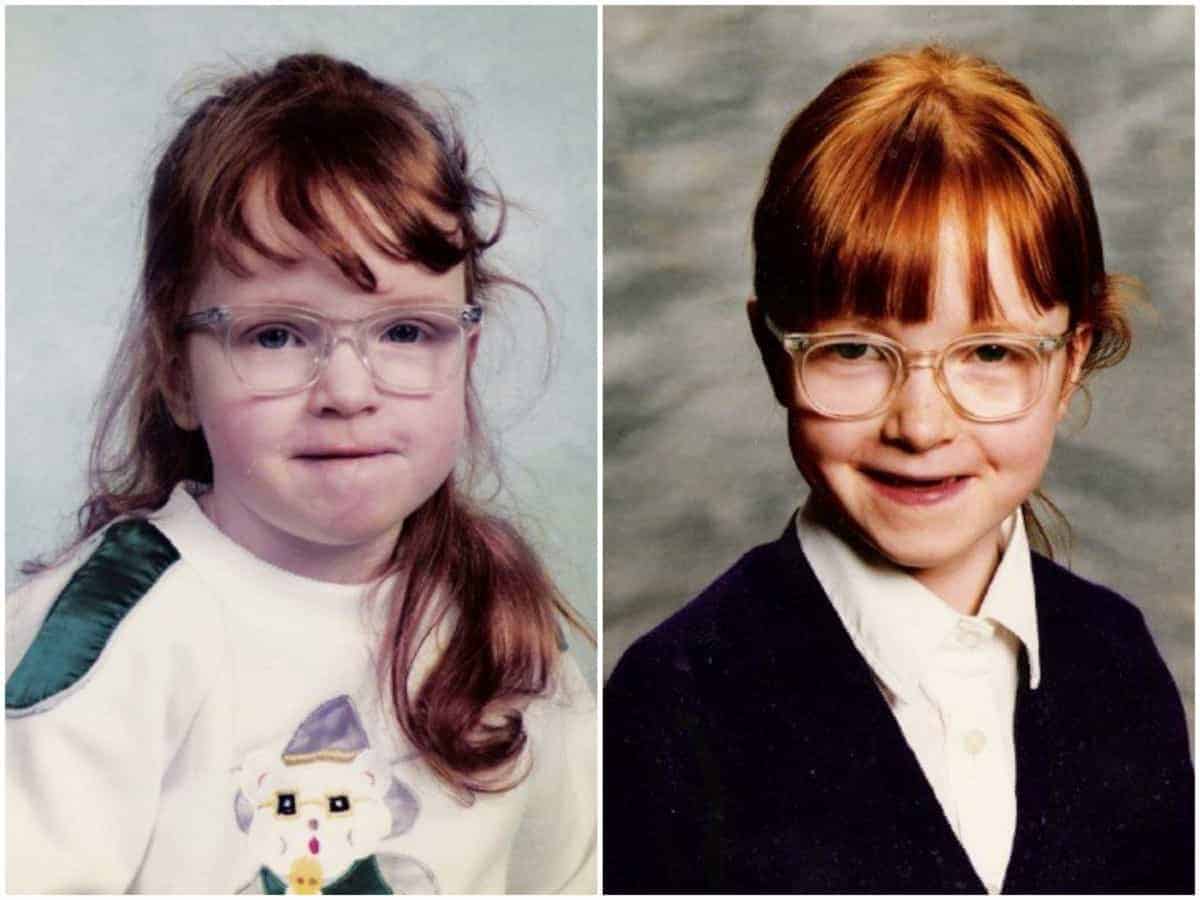 I remember as a child old ladies would stop my parents in the street and compliment me on my hair “Oh what beautiful hair she has!” I would smile sweetly, swish my pigtails and think how nice it was. But I didn’t realise they were saying it because my hair was red. I thought they’d say it to everyone.

At school I would draw pictures of myself and I’d use an orange crayon for my hair. Much like the girls next to me would use a yellow crayon or a black or brown one. We would all draw pictures of ourselves and our families but we didn’t realise any differences between them.

Now, I watch LP and listen to her stories. She is a carbon copy of myself at that age. She talks about her friends at school and she sees no colours, she sees no race, she sees no religion, she sees no differences. All she sees is friends – other children just like her, being dropped off in the morning and picked up in the afternoon.

LP, just like me, would colour in a picture of herself, using an orange crayon for her hair. She knows she has red hair, she knows that not many other people have red hair. She knows it’s special and she is so proud of it.

But, just like me as a child, she doesn’t differentiate between her red hair and the brown hair of a child sitting next to her. They are the same, a hair colour doesn’t divide them. Just like their skin colour, the road they live on or where their school shoes come from doesn’t divide them.

In LP’s eyes all the children are the same.

And when I was a child I was just like that. I saw myself as the same as my friends. I didn’t see race, skin or hair colour or religion. I didn’t even really see genders – happily playing any game with any friend regardless of who they were. They were my friends, we were all the same despite our differences. And it was lovely like that.

But then, when I about nine years old something changed.

At the end of lunch at school one day a girl punched me in the stomach. She didn’t do it for any real reason and in hindsight I know that she just had real issues, but it knocked the wind out of me and I doubled up in pain. I’d never experienced any abuse before then – I’d never been hit, never been called a name.

But that all changed that afternoon at school.

I remember spending the next few hours in the head teacher’s office. Her parents were called, mine were called and we sat there in silence until our parents arrived.

The afternoon was a blur but I remember her saying sorry and getting some sort of punishment. She didn’t come back to school that week and I drove home from school in the back of the car with my parents in the front. I got the jist of their conversation without even really paying attention. They thought I was punched because I was ginger – and to them it was as simple as that. They had almost been expecting it to happen at some point and they were surprised it had taken until I was nine.

When we got home I locked myself in the bathroom, splashed water on my face and looked in the mirror. It was the first time I had really looked at myself and seen, what I presumed, other people saw.

I was ginger, and it was so different to the other children at school. How had I not noticed it before?

All children start to see those differences at some point and, for now, seven year old LP sees no differences. But I know a time will come where things will change. For now, though, differences are insignificant to her.

But, looking in that mirror as a child was a defining moment for me. Although I didn’t get called any names or attacked physically again until I was eleven and at secondary school. But when the time came and they called me names relating to my hair and later when they spat on me on the bus or hit me with tools in wood tech I always looked back at that moment.

I was ginger. I was different. And that was that.