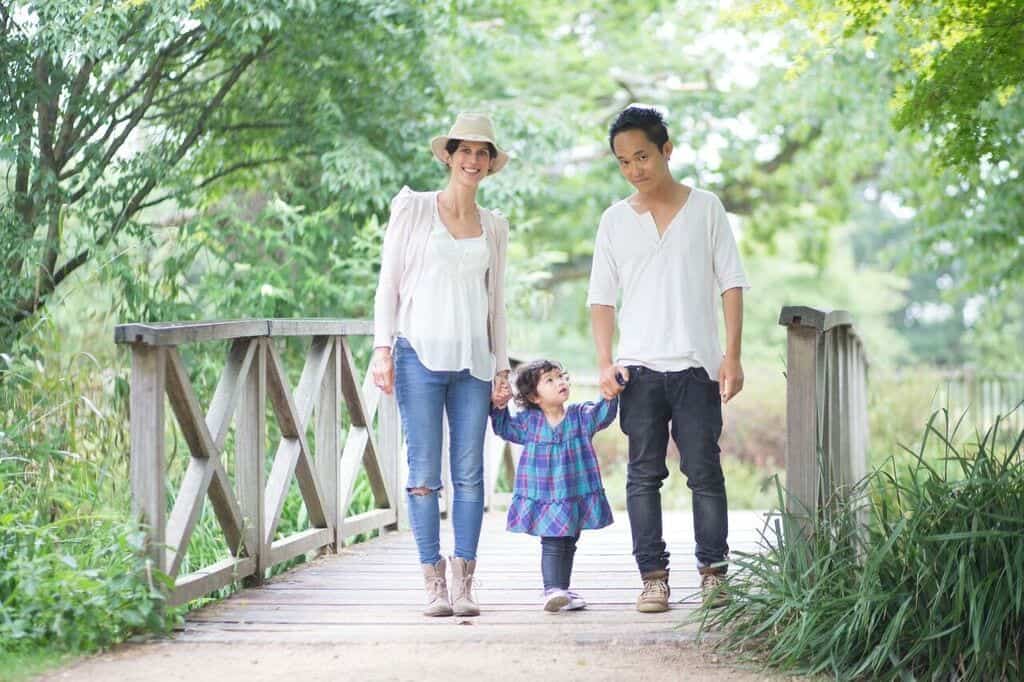 Today’s Beginning of Us comes from Talya over at Motherhood: The Real Deal. Talya has been blogging for just over a year but in that time she has written many inspirational posts, created blog series’ and linkies. Her blog is a real ecclectic mix of content and although I haven’t been reading for that long I know it will be on my reading list for a long time to come! Here’s Talya with her story…

It was summer 2008. I had just recovered from a rather messy breakup, and was moving into a shared house in London ready to take the world by storm with my new, fiercly independent single self. I remember being shown around the house and getting to the top, was my love-to-be’s room. He was away and his whole room had been turned upside down (I later found out to prevent anyone trashing or stealing from it while away), and I wondered who on earth would do a thing like that?

A week later, a knock on my door from a boxer clad, jet-lagged Mr C, saying Hi and asking if I would like a cuppa. I found myself fighting with an overwhelming urge to hug him..it won. But I didn’t think too much about it.

A few polite chit chats later, we found out we were at university at the same time in Manchester – the first of many sliding door discoveries. And probably hanging out in all the same student-soaked bars too. Unbeknown to me, our other house mate was secretly trying to hatch “The Game” theory on me, relaying to Mr C that I was a “tough nut to crack” when I rejected his advances which mainly centred on cooking me a pot roast and watching Peep Show with me. Class.

And before we knew it, the winds of Autumn were blowing, and my birthday was upon us. A blur of a night, which ended in torrential rain ending up in me inviting Mr C to keep warm inside my coat??! (class again), under a rainbow umbrella (what the??!), before we and the party stragglers sloped off to the infamous London gay club Heaven. The evening ended with us cuddling for a record number of hours, asking of each other if this was something housemates normally do. We both presumed not.

Apparently he knew this was inevitable. I had his number, knew his soul already. We begun our relationship sneaking around behind our housemate’s backs, pretending that we were just “good friends” which we managed to keep up for a few weeks before we got rumbled. With our status out in the open, I promptly freaked out, told Mr C he had to move out because we couldn’t both possibly live under the same roof and develop a healthy relationship, and I ran off to India to go travelling and get my head together. I had never meant to settle down so soon after coming out of a serious relationship which felt like only a moment before. Yup, that old chestnut.

But whilst travelling, all I could think about was Mr C, and how much I didn’t want to be apart from him. Three months later, we moved back in together, and have lived together ever since. Two peas in a pod. Only now we are three and turning into old gits. And the rest – as they say – is history.

Thanks Talya for sharing your story. I guess some times things are meant to be – you were obviously meant to end your previous relationship to move into that house and meet the love of your life!