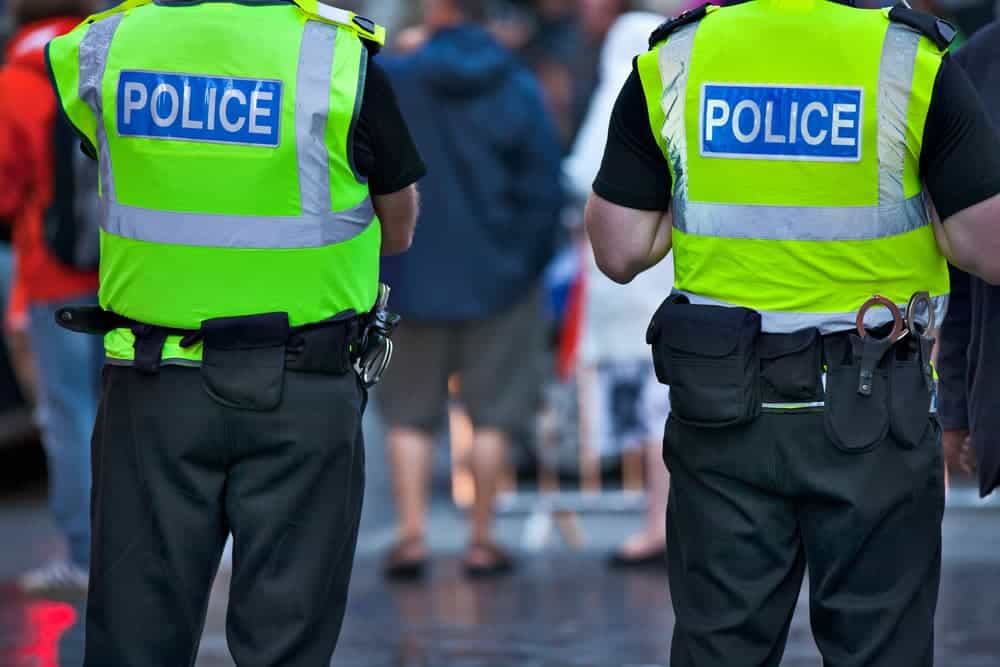 My husband is a police officer and through the thirteen years that we’ve been together I have seen him go through so much at work. He was a pretty new police officer back then, having joined the police just a year or two before we met. But now he’s an ‘old sweat’, having seen and done so much.

As a police officer no two days are the same, you have no idea what job you are going to go to next, what jobs are going to be passed over to you when you go on shift and what things you might drive past in the street going from job to job.

But, unlike other jobs, you can’t just clock off. You have to see a job through – do the paperwork or go to a new job even if it comes through ten minutes before home time. In your own time if something happens and you can help then you have to step in, you have a duty of care to help people whether in uniform or not. Rest days get cancelled at a moment’s notice, shifts get extended and plans change.

But, that doesn’t just go for the police. Fire fighters spend their whole career saving lives by risking their own. They are trained to walk into burning buildings and their only thoughts are to do their job – to save as many people as they can.

Paramedics are often the first on the scene to some of the most terrible accidents and situations. They see people in the worst possible state and it is down to them to keep them alive until they get to the hospital. It’s down to them to put everything else aside and, no matter the situation they have to focus on keeping those people talking, patch them up as best they can and get them to hospital – or often, just treat them in the street until more help can arrive.

But how do the emergency services lead normal lives seeing the things that they see? Paramedics see people close to death every day. They have people die in their arms and firefighters know that there will always be people they can’t save, there will always be someone somewhere that they got to too late. They will see some of the most horrendous fires and police will see crime scenes and meet victims just after terrible, terrible things have happened to them.

The emergency services see things that us, normal people only really see in movies. But, it isn’t a movie, it’s their life. It’s their career and it’s something they have to do day in and day out. The same goes for doctors, nurses, people in the army and so many other careers where your main aim is to save lives, restore order and work for the greater good. But, when your career is something so emotive, often harrowing and the sort of thing that normal people would have nightmares about, how do you do it?

My hat goes off to the emergency services. I can never fault them. The job that they do in the worst conditions, with budget cuts and reduced staff levels – I have no idea how they do it. But, they do, and they do it together.

I have lost count of the amount of times my husband has waved to an ambulance when we’ve been driving down the street, forgetting he’s not at work. Police, fire fighters and paramedics all work so closely together. They often know each other and they are all fighting for the same goal, together. Watching tragedies unfold on the news it’s clear to see how united the emergency services are, how hard they work and what a team they are no matter the colour of their uniform or what badge they wear. They are the blue light services and they work so hard for us. But I still don’t know how they do it.

How can you see the things they see and still lead a normal life afterwards? How can you deal with all the terrible things in the world and still function? I’ve asked my husband this so many times and he’s always said that you just have to detach yourself from it, you have to try, as hard as you can, to switch the emotion off at work and just get on with it. It’s your job, and it’s what you are paid to do.

But, there is always emotion there, no matter how hard you try to switch off. You see it on their faces on the news and if you know anyone in an emergency service, anyone that deals with life and death situations, then you’ll know, they are always effected by it.

But they are also all effected by it together. They have their colleagues, the teams they work with and they have the other emergency services, all doing their jobs, working together and experiencing these horrendous things together. Their colleagues are a huge support for the emergency services and I know that whenever a life is lost at work it hits them all so hard. When a police officer or firefighter dies on duty all of the emergency services feel that loss – as do so many of the country that they were fighting to save.

I think often the emergency services are some of the most undervalued and unappreciated parts of our country. But, there are times when the whole country seems behind them – and over recent months no-one can say that the emergency services haven’t done a great job and haven’t stepped up to the mark. The thing is, they do this every day. It’s their job. It’s just most of the traumas that the police, fire brigade and ambulance service have to deal with are usually on a smaller scale and the general public don’t hear about them unless they are directly involved.

But, whenever we need them the emergency services are there. They are at the end of the phone and we always know that 999 or 111 is there. No matter the time of day or night, they are there. They are always there and for that I am so, so grateful. Knowing that police, fire fighters and ambulance services are there makes me feel safe and I am so glad we have them to rely on, that we have them to look after us.

I know without a doubt that every fire fighter, every police officer and every paramedic truly believes in the job that they do and they do it because it means so much to them. It’s a vocation and if they didn’t really care about their job there is no way they could do it. Even so, I still have no idea how they do their jobs, how they face the things that they do and how they manage to hold together their own lives too. But they do. And for that I can never be more thankful.