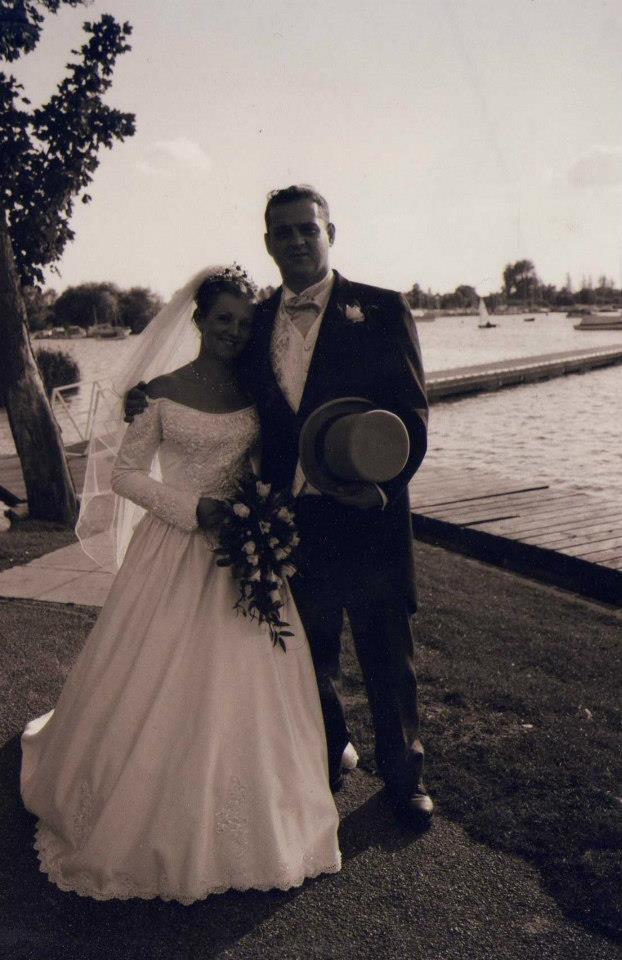 This week’s Beginning of Us story comes from Mandi over at Hex Mum. She blogs about her busy family life with seven children and here she talks about how she met Asa, her Husband of 13 years:

A long time ago in the year 1996, I was working at a leisure centre in the entertainment bar, when a very lovely young man called Asa who had just finished university started working there too, the rota meant we had almost all of our shifts the same, and over the summer we got on really well, we used to have competitions to see who could serve the very large drinks rounds the quickest (he always used to cheat and steal my pints from the pump I was using!). At the end of the summer he announced that he was moving back to Surrey, but he was having a leaving do before he went, needless to say we finally had our first kiss whilst shaking our stuff at the local nightclub!

Over the next few weeks we spent every spare minute on the telephone and something inside me just knew that we were meant to be, so I quit my job, gave up my house and got a job as a live-in nanny ten minutes from where Asa was now living, as you can imagine my parents were not thrilled and thought I was completely insane, as did almost everyone I knew!

I spent my days caring for three very boisterous toddlers and the evenings on romantic nights out in Surrey, it was wonderful, however I knew it couldn’t last as I was already about to start my nurse training at the end of January 1997, so my job was only a three month contract, fortunately for me, Asa also felt the same that we were soulmates and he gave up his job and followed me back to Norfolk allowing us to still be together, twenty years later and seven children together, I am pretty sure we made the right choice, and I would urge anyone to go with their heart.

Thanks so much Mandi for sharing your story. It goes to show that some relationships really can stand the test of time – nearly twenty years together is incredible – here’s to the next twenty!