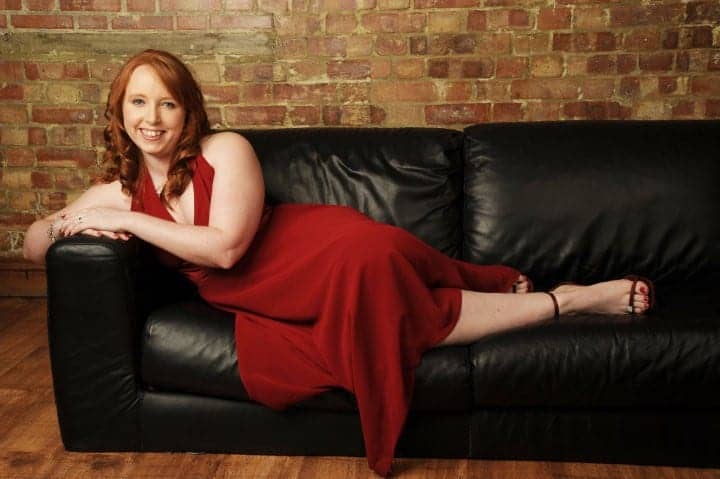 I am part of one of the smallest minorities in the world. I am one of only 1-2% of the population.

I have always been ginger.

I will always be ginger, at least until the colour fades with age and goes white, as it does with redheads.

Lastly, my Daughter is ginger. She is my mini-me, she was a gorgeous ginger baby and I am truly glad that I have passed my gingerness onto her – being ginger is special, something to be proud of. So many people spend their lives trying to be different, to dye their hair and make themselves stand out. My Daughter will never need to – She is different already.

Unfortunately, in this life being different isn’t always celebrated and appreciated. I was bullied relentlessly as a teenager and it made my secondary school education a truly horrible experience. I did well academically. I left school with 9 A-C grade GCSEs but also with no confidence, no self esteem and a real hatred of my hair colour. I spent the next few years highlighting it, going blonder and blonder to try and hide it and to be something different, something I never could be.

I sincerely hope that my daughter never experiences the bullying, victimisation and prejudice that I endured for the 5 years of secondary school. Unfortunately, I cannot guarantee that she will not face the same small mindedness and ridicule that I faced as a teen – mainly because society has instilled in people for generations the anti-ginger views, making us the brunt of jokes and something to be made fun of at every opportunity.

I had thought in recent years that this taunting of redheads was dying out, that it was just a phase I had lived through. The last time I had heard anything ‘public’ slating ginger people was in 2009 when Tesco had to remove a Christmas card from sale. It had a picture on it of a ginger child sitting on Santa’s knee and the slogan ‘Santa loves all kids. Even ginger ones’. Since then I hadn’t really heard or seen anything in the media continuing this trend. That is until a couple of weeks ago.

Katie Hopkins is more famous for having sex in a field than for being the former Apprentice star and someone that, like me, you would probably need to Google to work out who she actually is.

Katie Hopkins took to Twitter to give her opinion on many Children’s names and where those names would take them in life. She then went on to tweet the following:

Ginger babies. Like a baby. Just so much harder to love.

Please no more pictures of ginger babies. This woman needs to eat.

I honestly have no idea what issue Katie Hopkins has with cute ginger babies, children with red hair or even ginger adults for that matter. To hazard a guess I would say that her only issue is one that has been ingrained on her by society – the view that ginger people are there purely to be ridiculed.

It’s incredibly sad that adults can judge other people, especially children, purely on their hair colour – or name for that matter. Surely people like Katie Hopkins should have something better to be doing? Maybe using their thousands of Twitter followers, their voice and influence to bring some good to the world rather than using it to get retweets of derogatory remarks about minority groups within society.

To summarise, some people have ginger hair but that is not all that they are. Most ginger people have had negativity because of it, but that negativity doesn’t define them.

People say things like nobody loves a ginger baby and thinks that they’re nothing more than funny ginger insults – but they’re not funny. So it needs to stop.