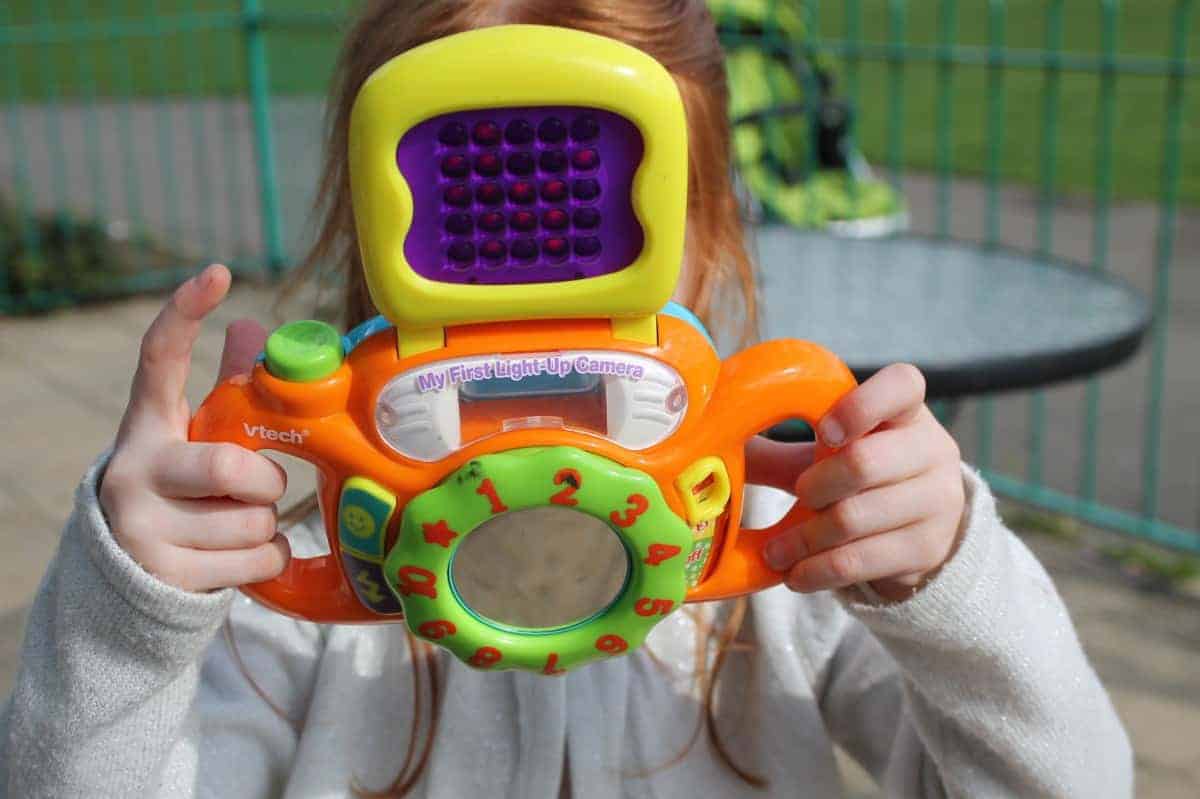 Another week gone so fast. This has been another week full of adventures and so much fun as well as a fair bit of productive-ness and getting stuff done. The summer holidays have flown by and although we still have two weeks until LP starts school it feels like the summer hasn’t been long enough at all.

These two photos were taken at a christening we went to yesterday. It was such a great day and so well planned for the children – LP and Little Man had a blast – as well as stuffing themselves full of cakes, jam sandwiches and mini sausages!

LP is obsessed with taking photos at the moment and finds herself drawn to a toy camera whenever there’s one anywhere near her. She’s definitely my child.

Little Man spent some time at the end of the christening doing crafts with Daddy. He looked so grown up in his braces and he managed to take sticky backing off foam stickers all by himself. He’s growing far too fast!