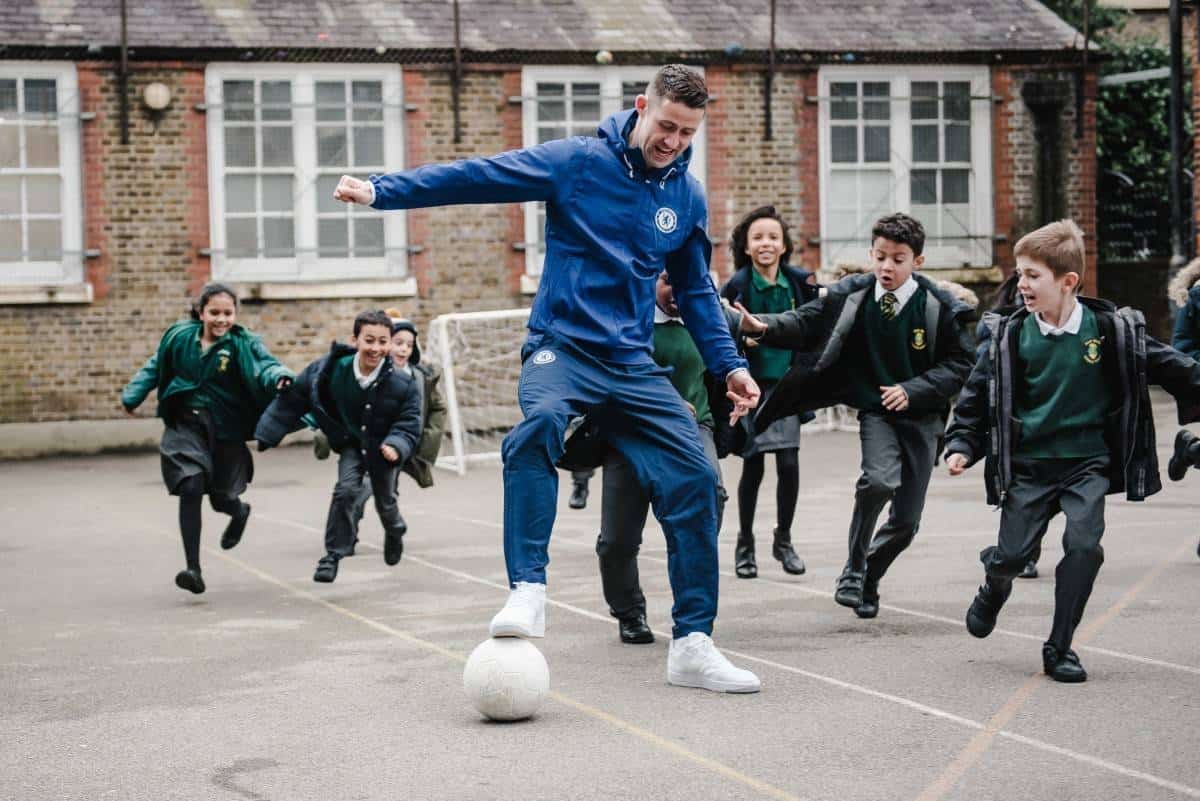 Last week I was lucky enough to be invited to the launch of the Premier League Primary Stars education programme at a lovely school in London. It’s the Premier League’s most ambitious community programme to date and has been developed especially for primary schools with the aim of it being used in ten thousand schools across England and Wales by 2019. It’s something that I really think all parents should get behind and find out more about.

Premier League Primary Stars provides free curriculum-linked teaching resources for children throughout primary school. It includes lesson plans, activities and video content which are designed to inspire learning in Maths, English, PE and Personal, Social, Health and Economic education (PSHE). Primary Stars uses the appeal of the Premier League and professional football clubs to inspire children to learn, be active and develop important life skills – to be ambitious, be inspiring, be connected and to be fair.

By the end of the launch event I have never been so inspired about a campaign and it’s easy to see why this would help engage children and give them a new energy for learning. The programme helps to teach resilience, team work and positive behaviours as well as Maths, English and more obvious physical skills too. Hearing about the way children learn it’s obvious that being taught by a professional footballer would automatically be more engaging than being taught by your ordinary teacher – Primary Stars is a great concept!

The national programme is supported by Premier League and English Football League clubs in England and Wales and the campaign see the Premier League launch its first ever national advertising campaign, in the form of a minute long TV advert, featuring Kevin De Bruyne, Gary Cahill, Eric Dier, Sadio Mané, Juan Mata, José Mourinho, and Theo Walcott. You can watch it here:

All of the Premier League Primary Stars resources have been created in partnership with industry experts – Edcoms and the PSHE Association and the National Literacy Trust. Children’s authors Cressida Cowell, author of the How to Train Your Dragon series and Dan Freedman – the man behind the Jamie Johnson series, helped to create the Primary Stars English resources and Sky Sports presenter and mathematician Rachel Riley helped develop the Maths teaching resources. We were lucky enough to hear Cressida, Dan and Rachel talk about Primary Stars, the development process and the parts they played in it and I have never seen a group of people more energised and inspired. Their passion for Primary Stars was so evident and I couldn’t help but find it infectious – I can completely understand why they love the Premier League’s Primary Stars so much.

Rachel said  “Maths is a subject that a lot of young people find challenging and is often dismissed as boring. What I love about the resources we’ve developed for the Premier League Primary Stars programme is that it makes maths relevant to children’s everyday lives.

“I’ve seen the reaction from children using the lesson plans – they are excited, interested and engaged. I think this is a fantastic programme that will undoubtedly inspire children to learn but also give teachers the tools to be creative with their lessons. Anything that excites primary school children about maths gets a gold star from me.”

We then heard Richard Scudamore, Executive Chairman of the Premier League talk about Primary Stars and the reasoning behind it. Why would the Premier League plough so much money into a free resource for primary schools? He said simply, because they can.

Richard also said “We want to support 10,000 primary schools in England and Wales by 2019 and we hope that our first national TV advertising campaign, including star names from our clubs, will capture the imagination of parents, teachers and children and encourage them to sign-up to Premier League Primary Stars.”

Personally, I cannot wait to see LP’s school sign up to Premier League Primary Stars and I will be talking to everyone about it – I have so many friends with primary age children and all of their schools should be grabbing this opportunity with both hands. We always moan about schools not getting enough funding, the budget cuts and lack of resources but this is such a great opportunity to actually get something extra for schools that could really make a difference to a children’s education – and it’s free.

To sign up you just have to go to the Premier League Primary Stars website and nominate your school – or, if you are a school you can register yourself. It really is that simple. Then you get access to so many free resources at the touch of a button – as well as little extras like stickers. All children love stickers, don’t they?!

So, what are you waiting for? Nominate your school or share this with anyone that has primary aged children. It’s not often schools get something for nothing – and this is something we really need to shout about!