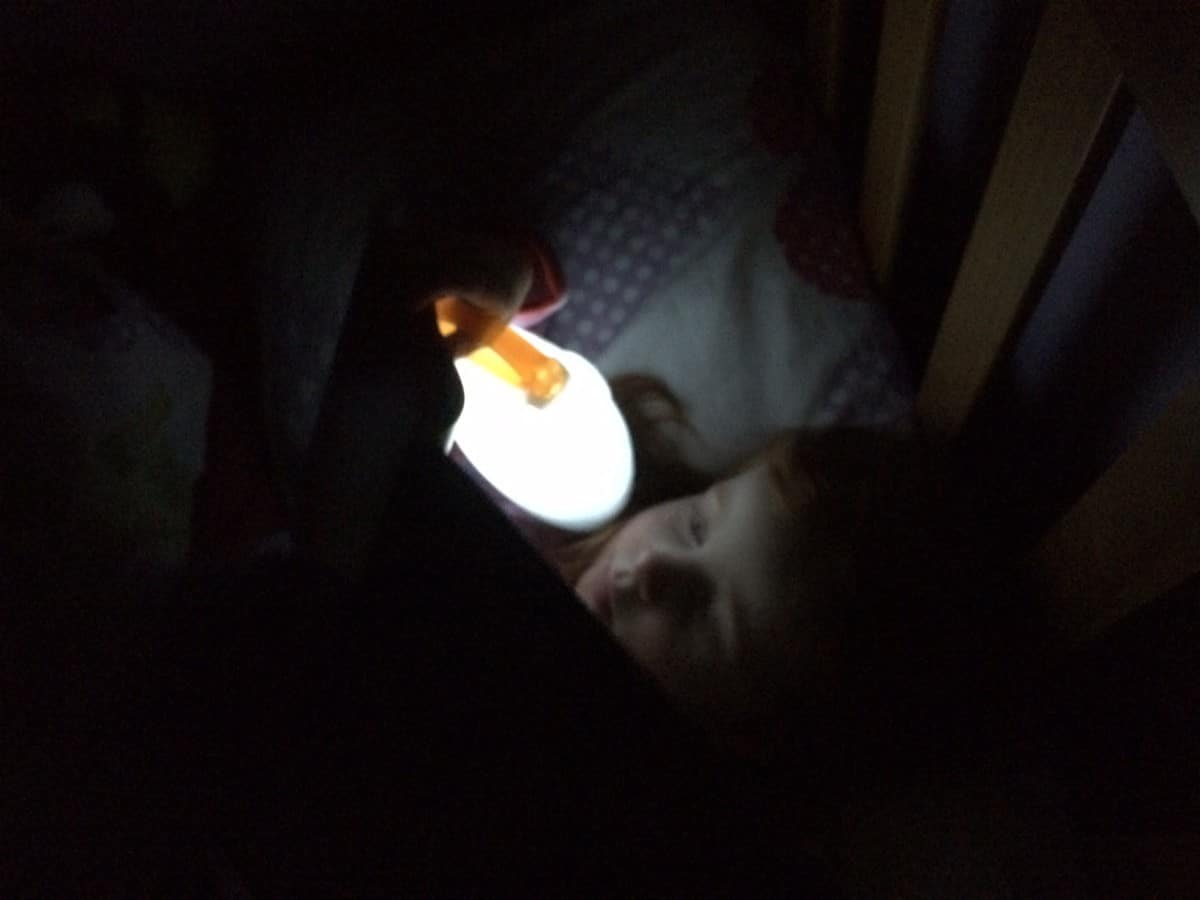 From the moment LP was born until just before her brother came into the world getting to her to sleep was an issue. She needed rocking, shushing, patting, holding. Anything until she finally drifted off to sleep. Every nap time and every bedtime was a battle and there were times when I thought it would never end. Dave and I ended up with a sleepy time song that always worked and gave us a rhythm to rock her to and after I stopped breastfeeding we started to work on getting her to go to sleep by herself. I didn’t want to end up with LP and a newborn baby both needing my help to go to sleep.

I don’t know when it happened but at some point LP started going to sleep by herself with minimal fuss. Occasionally we’d have to go back into her room and remind her it was bedtime but other than that I can’t really remember when she stopped needing our help to sleep.

Now she is three and a half and sleeps incredibly well. She slept through the night consistently after I stopped breastfeeding and has always loved a lay in, often not waking up 9am or later if left to wake up by herself. The one thing I love now about LP going to bed is the little routine she has made for herself. After LP’s bath I’ll help her into her PJs and brush her hair whilst looking at some books. She’ll then pick a book to put in her bed, pick a cuddly toy and climb into bed, turning her owl night light on. I’ll then turn the lights off and we’ll say goodnight before LP grabs the book and reads it by the light of the night light until she falls asleep.

This routine has been going on since Christmas – the insistence at having a book in bed with her – and sometimes she won’t read it, she’ll just fall asleep with it next to her but I love how much she loves books, that she chooses one so carefully each night and that books are her last thought before bed.

It was definitely a long time coming but children really do learn things in their own time and LP’s difficult start where sleep is concerned is now just a distant memory – thankfully.