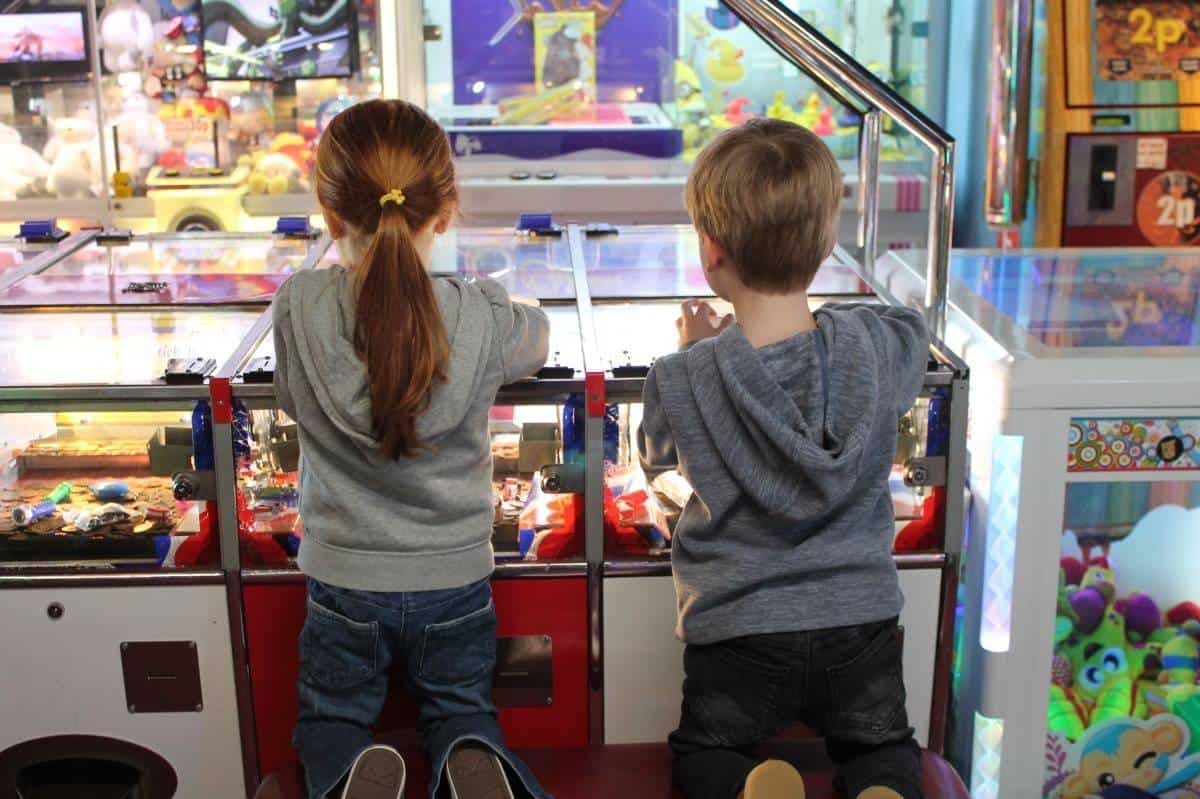 But one thing I always, always let the children do, and encourage them to do, is play on 2p arcade machines. They will happily spend half an hour in an arcade with me, sharing £5 of 2ps between us over that time, watching them as they bounce their way down to the moving layers at the bottom, sometimes pushing more coins out or even a plastic toy but more often than not pushing coins into the dark depths of the machine, never to be seen again.

So, the children and I can easily spend £5 on the arcade machines, trying to win yet more 2ps or a pack of hair clips. That £5 disappears in no time at all and yet I wouldn’t let the children buy a scratch card, a scratch card that costs less than the money we put in those 2p machines and which probably has a better prize on offer.

I would happily help the children put those 2ps in the machine for as long as it took to get rid of them all, watching more fall out the bottom and putting those in too. But I wouldn’t let the children put a pound in a fruit machine.

I know that there are laws about scratch cards, the lottery, betting and even fruit machines but as a parent often things come into question that aren’t just governed by the law and instead are decided by our own morality, our own conscience and, often, the way that we have always done things.

I grew up playing 2p machines in seaside arcades with my parents and grandparents. It was the way we would always end a day at the beach and it’s something that I have loved introducing the children to. They love putting their 2ps into the machines, trying to win another piece of brightly coloured tat from inside and inevitably losing all their 2ps in the end, going home tired but happy and with those grubby hands you only get from old 2ps.

This has been a tradition for me for years, and one I have introduced the children to. But is it really any less gambling than just buying a scratch card? Yes, it does give satisfaction for that little bit longer but it is still throwing money away, spending money to have a chance at a prize. Are 2p machines just gambling in disguise?