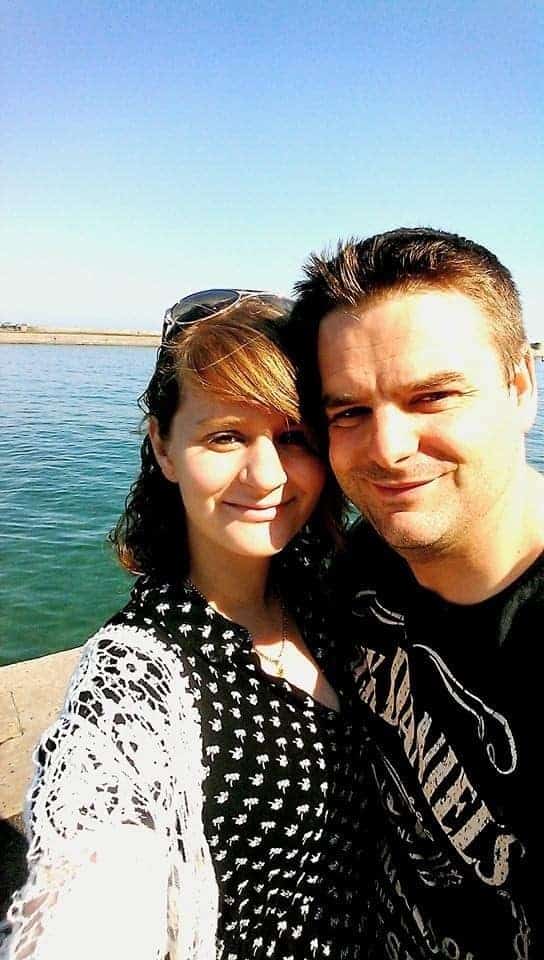 This week’s story comes from Louise over at WeeOhana. She has a gorgeous little girl and is expecting baby number two in the not too distant future. You can also find Louise over on Twitter @WeeOhana. Take it away Louise!

How did I meet my other half?

Well first of all he was one of the people in the group of friends that my older sister was hanging about with, I was younger so obviously wasn’t going out with them, or interested in them really! He would be at my mum’s house drinking, playing pool etc. My sister, being the great big sister she is had taken me and my brother bowling a few times with them, so I knew who her friends were, but didn’t really know them. If I did know them and hung out with them it would he a little odd really seeing as they were in their twenties and I was just a teenager!

When I first got Facebook I started to add everyone and anyone that I even half recognised the name of. (It was cool to have 10,000 friends back then ;))

He was on Facebook one night when I was on and it was pretty late so no one else I really wanted to have a chat with was online, so I decided that I would just ask how he was and what he was doing with himself nowadays. He was super easy to chat with and we ending up chatting for ages just about general things really. We then ended up chatting for a week or two via Facebook just whenever we were both on really and about nothing too exciting.. Just what we had been doing, and getting to know each other. Then one afternoon I had been getting a lot of grief off past friends and so forth.. So when he signed into Facebook and started chatting to me and asking how I was etc, I just told him that I was going to go for a walk because I was having a tough day. He then offered to come with me, so I thought, hey why not a bit of company is probably a nice idea!

I then met him and we headed off on our walk. It was so lovely, we chatted about everything and anything. We ventured off the path and were generally just exploring where we were. It got to a stage where you had to nearly crawl to get through as the trees were so low and it was great fun. We had such a laugh and so much so, I forgot about all that had been going on! After he invited me back to his house, he had recently got himself his own house and we had been talking about it so it was nice to go back and actually know where we were talking about. I went back and we put on the TV and watched the end of Role Models. He sat on a different sofa to me and I was thinking “Damn he has no interest!” Lol! I then noticed the time and headed home to get some sleep before my hyper little one would be awake!

It was a couple of days later and he was out playing football with his chums, when he text me telling me he was going to A&E because he had blocked a ball and his ankle had swollen up and he couldn’t walk. I then text him back asking if he wanted me to come and join him in A&E .. As we all know how boring it is there by yourself and that if he wanted a lift home to give me a shout. He replied saying that some company would be nice but not to worry because he knew I had a little one sleeping and would have to get up early with her. I then asked my mum if it was ok to go out for a bit and she agreed, so I headed up to sit with him. I must say it was probably the funniest and most entertaining wait in A&E I have ever had! We just sat and chatted about everything that we wanted and laughed about everything! He had destroyed the ligaments in his leg, was given some crutches and a sick-line for work and sent on his way.

He was off work for a good couple of weeks which we spent together and he then met my daughter and she adored him! As I had warned him if she didn’t like him, then we couldn’t see each other anymore. As with all mummies, your little ones come first!

I had two tickets to Foo Fighters during the period he was off so I asked him if he wanted to come with me, he managed it even with his bust foot and hiding from work people he knew were there! We had a great time and had rather a few drinks and he said to me “I have something I want to tell you, but I don’t want to do it when we are drunk so will tell you in the morning” so the following morning he told me that he loved me and had known since I had came up to A&E to sit with him.

So that was that, we were madly in love and the best of friends, I moved in a while later, we then got married in January ’14 and are now expecting a baby due in December! 😀

I couldn’t be happier, he really is the greatest guy out there! (Most of the time! :P)

Thanks so much for sharing your story Louise. It’s always lovely when a friendship turns into something more and you sound perfect for each other – It’s great that your Daughter liked him from the start too!