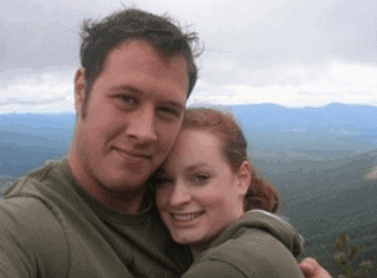 This week’s Beginning of Us post comes from Claire over at A Clueless Mother. Claire’s blogging through her pregnancy and first time Mum-to-be experiences. She’s worth following for the newborn baby pics that will arrive in due course as well as her hilarious cat related updates. Check Claire out! Over to you Claire…

The story of how Jimmy and I met is not one from a fairy-tale. It is not particularly romantic and people do not normally sigh with glossy eyes when we tell our story but here it is.

In 2005 I was offered the position of Assistant Manager in Wolverhampton Walkabout. I jumped at the chance of a promotion and moved there almost straight away. I was used to moving around and settling in to new places and had lived all over the place. I was excited to meet a new bunch of people and see what Wolves had to offer. Walkabout bars usually provide their staff with a staff house. They are normally in a dodgy area and are unsanitary. Wolves was no exception, but it was nothing I couldn’t handle.

The first time I walked into the pub I was greeted by Jimmy who was 6ft” 2”, had a shaved head and was well built (I do like a bit of muscle!) He had the biggest grin on his face and was absolutely lovely, not to mention gorgeous. Originally from Leicester he had stayed on in Wolves after finishing his degree to stay close to his mates. I think he was clinging on to the student lifestyle. His family call him the eternal student.

I settled into my new role and new house quickly. I think it helped that Jimmy’s room was next door to mine and he had the world’s smallest towel. We had many an awkward moment on the landing when he had just come out of the shower. We flirted a lot at work and I loved working with him behind the bar. He made me laugh all the time and we hung around together a lot.

When I was a little drunk on a night out I told our housemate that I really liked Jimmy and wished he would make a move. Dying of a terrible hangover the next day Jimmy kept trying to drag me out to the union bar (we had a deal with the uni, cheap drinks for them = entry into the union for us non students). I eventually caved and after a few drinks I felt much better (must be the Vit C in those vodka & OJ’s!). Jimmy and I were dancing in the R&B room (classy) and he finally made his move.

It turns out our housemate had blabbed and told Jimmy what I had said. We both said in the beginning how it was weird that it wasn’t awkward. After a couple of weeks we decided to share a room to allow the house a TV room. We spent every second we could together laughing and messing about. I had told Jimmy that I was planning on going to Australia for a year to travel and work and asked would he want to come. He said yes and after only being together for 6 months we booked our visas, flights and first night in a hostel. During our first week in Oz we celebrated our 1st anniversary. Looking back it all happened so fast.

When we got from Oz we both moved back home (I went to Cleethorpes and Jimmy went back to Leicester). It was tough ‘coming down’ from travelling, not being close to each other and finding work.

I had decided to go uni when I was 23, I went off to Crewe to study a degree in Dance while Jimmy stayed in Leicester working. We saw each other about once a month and I lived with him, at his place, during the holidays. After being together for 6 years I finally moved in with him when I had finished uni. I studied a Masters degree almost immediately after completing my degree. For a year I commuted over 3 hours each way to London, twice a week because I couldn’t stand to live away from him any longer.

We moved in to ‘our’ place in 2013 and now it’s more like our home than his place, which I love. In 2013 I began a PGCE teacher-training course, close to home in Nottingham (maybe I am the eternal student?). It was a tough year for both of us, I practically worked 7 days a week for a year and our relationship was tested many times (especially close to deadlines). We got through it and I passed in May 2014.

I can’t believe we have been together for almost nine years. Jimmy still makes me ‘belly laugh’ on a daily basis and has such a positive outlook on life. I love him to bits and couldn’t imagine my life without him. I am currently 20 weeks pregnant and we are expecting a baby boy in January 2015, we couldn’t be happier. I am so happy to be having his baby. It’s funny to look back over all the things we have been through, working and living together, travelling and long distance relationships. It has never felt like hard to work to maintain our relationship. Don’t get me wrong we bicker and argue, usually about daft stuff but we always have a laugh in the end, maybe that is our secret?

Wow Claire, you and Jimmy have been through so much! I think your secret is your eternal student streaks! hehe. Such a lovely story – thanks so much for sharing.