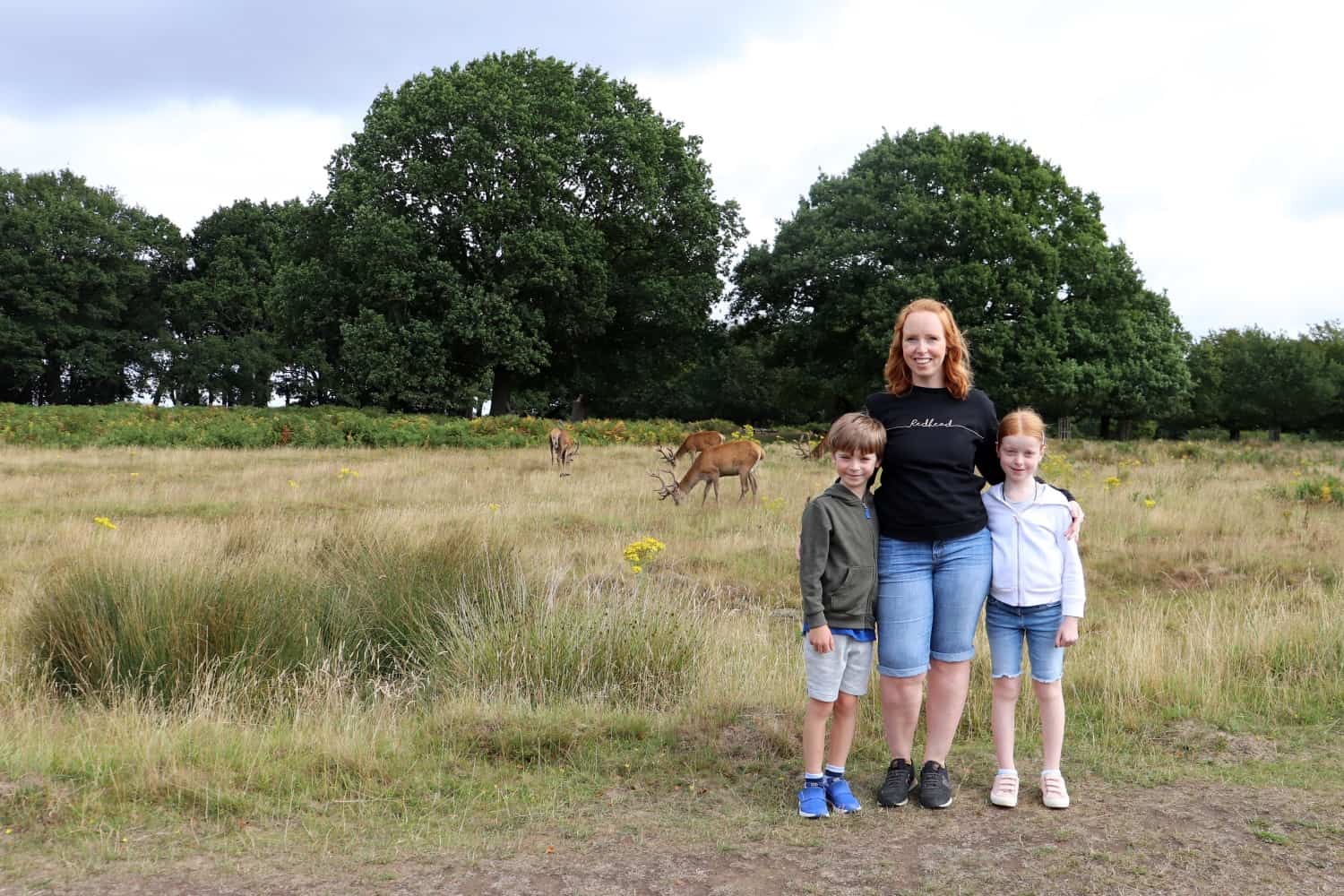 As a child, growing up on the Kingston/Surbiton border, I spent many weekends at Richmond Park and Bushy Park, two of the Royal Parks in London. I knew them both so well and visited so many times until my teens, cycling through the parks after school or at weekends. But I hadn’t visited since then – until a couple of weeks ago.

We left home early and drove to Richmond Park, parking easily on the road that the Kingston gate is on. The park is car free at weekends which actually makes it a much nicer experience to visit and, as long as you arrive early, there is plenty of on street parking available.

Where is the best place to see deer in Richmond Park?

Our main aim of going to Richmond Park was to see wild deer – and that was one of the reasons we left home early in the day. From doing research, there is no best place to see the Richmond Park deer, the roam freely around the park and so walking around the park, seeing as many areas as possible is the best way to see deer.

Luckily we spotted a group of stags quite soon after entering the park, just off the main road through the park from the Kingston Gate after we initially started following the Tamsin Trail – but this was the first deer sighting of many during our time in the park.

The deer were beautiful. All looking so proud with their antlers held high. Is was wonderful to see. We realised later that there were no female deer as it was the main birthing season and many were either heavily pregnant or had recently given birth so they had taken themselves away to quieter areas of the park to rest and look after their young.

After seeing the famous deer – both red deer and fallow deer – we walked over 7km around the park. We popped into the Isabella Plantations and aside from that walked around the bottom half of the park from the Kingston Gate, up to the Stag Lodge Stables Gate and then across nearly to Pembroke Lodge before heading back down to the Kingston Gate again.

It was a really lovely way to spend a morning. There were trees to climb, logs to jump from and so much to look at. Really though, we didn’t scratch the surface of the park. We went nowhere near the Roehampton Gate, Richmond Gate, King Henry’s Mound or Pen Ponds and it’s nice to know we have so much more to see on our next visit.

Towards the end of our visit we saw the female deer, all lazing together in the distance. It was so nice to see the deer happily in the park alongside human visitors and even nicer to see that people in the park gave the deer space, didn’t get too close and respected the fact that Richmond Park is their home and they are, after all, wild animals.

The play areas were closed when we visited Richmond Park but the toilets were open and there were plenty of refreshment stands open along the way too. It really is such a lovely place to spend a day as a family – and the paths are great for bikes too.

If you’re looking for somewhere to see deer in London then Richmond Park is a great choice. It was my favourite deer park as a child and I’m looking forward to exploring it more as the children get older too. You can find out more visitor information about Richmond Park like park opening times and car park restrictions over on the Royal Parks website.