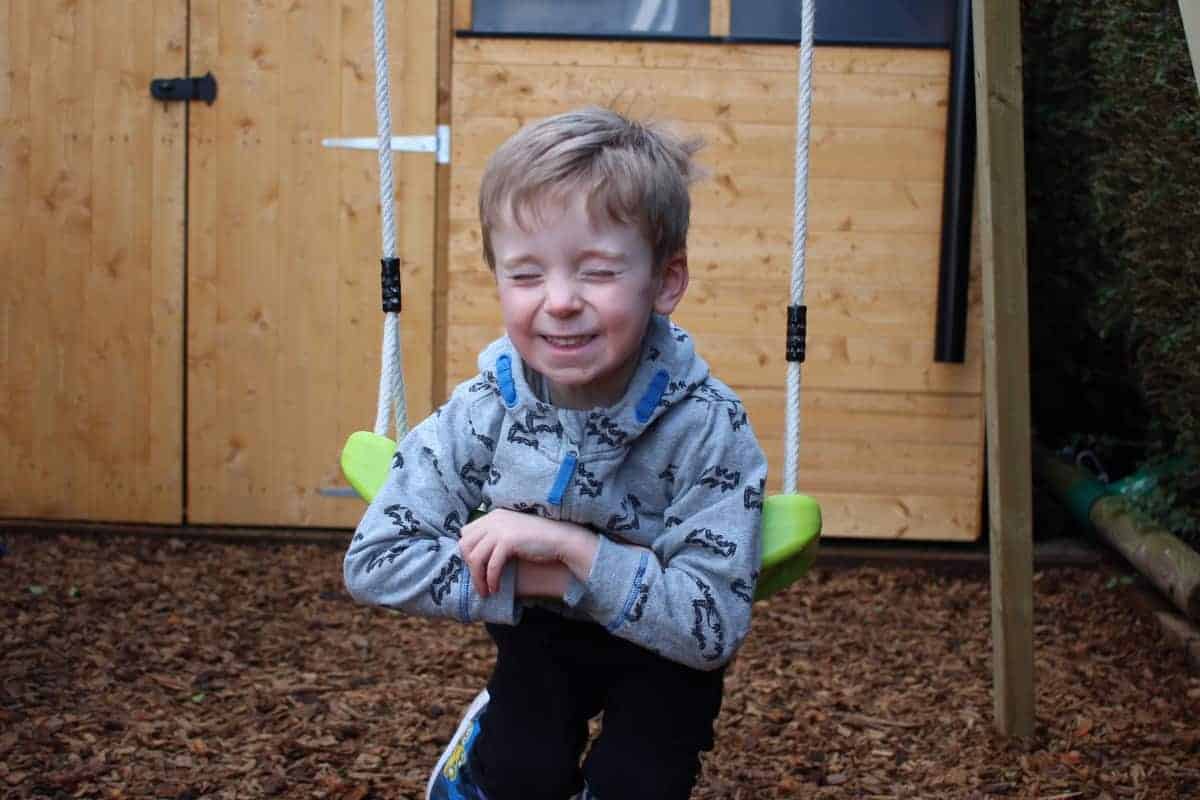 A year ago we started the process for Little Man to have speech therapy. It was something I’d been through as a child too and when it was first suggested that he needed help with his speech I was so emotional. I wasn’t sad that he needed speech therapy it was more that we had been working on helping him speak for so long that hearing someone outside of our family confirm our concerns was really emotional. But, it meant that he could start having the help he needed.

Our speech therapist was amazing. She was a mum herself, about our age, and she had a way of making Little Man feel at ease. Back then he was still so little – only just turned four – and he was incredibly shy. But, he loved those speaking lessons he had each month and they were so much fun for him.

Each month we would go the our local health centre and spend the best part of an hour in a little room. Little Man would play turn based games where he would be able to have a go if he said a word correctly – or, tried his best to say a word correctly. But these lessons also taught us the ways to help him at home, things to practice, games to play and which things to really focus on. There was only so much he could learn in an hour but after the lessons we had the techniques to follow through at home.

I spent those months of speech therapy worrying about how he’d do. Worrying that he might not have progressed enough by the time he started school. We just spent every evening playing games and practicing words in the hope that it would make a difference.

And each month his speech improved. He’d be able to make a sound that he couldn’t the month before and words that had been unrecognisable became clearer as each session passed. A huge turning point was when, aged four, he managed to say his own name properly for the very first time.

I always came out of those sessions so emotional, so proud of how hard Little Man tried and how far – and fast – he was progressing. In the end he only needed four sessions and we left the last one with lots of information and tips to help Little Man in the future.

Since then his school have been supporting him with his speech and we’ve been helping him at home too but his speech now is so far removed from how it was a year ago. Last year only the people closest to him could understand him and he would get frustrated if he had to repeat himself more than twice.

Speech therapy seemed like such a big thing when we first started on that journey but now I realise it wasn’t a big thing at all. He loved his therapist, really enjoyed the lessons and still talks about them now – especially as he got to build things and play with a marble run! Really, when you’re four what more could you possibly want?

Starting speech therapy with Little Man was one of the best things we ever did and since then he has come out of his shell and blossomed so much. He’s exactly the same little boy but he’s now one that can express himself and communicate really well. It’s like a missing piece of the jigsaw has been put in place.

If you think your child needs help with their speech then definitely speak to someone about it – a childcare provider at their school or nursery or your GP. Many speech issues children grow out of but some they just need a little push in the right direction to get them back on track and I know that if we hadn’t started speech therapy with Little Man his speech would still be nowhere near where it is today. It’s always worth talking to someone about it.